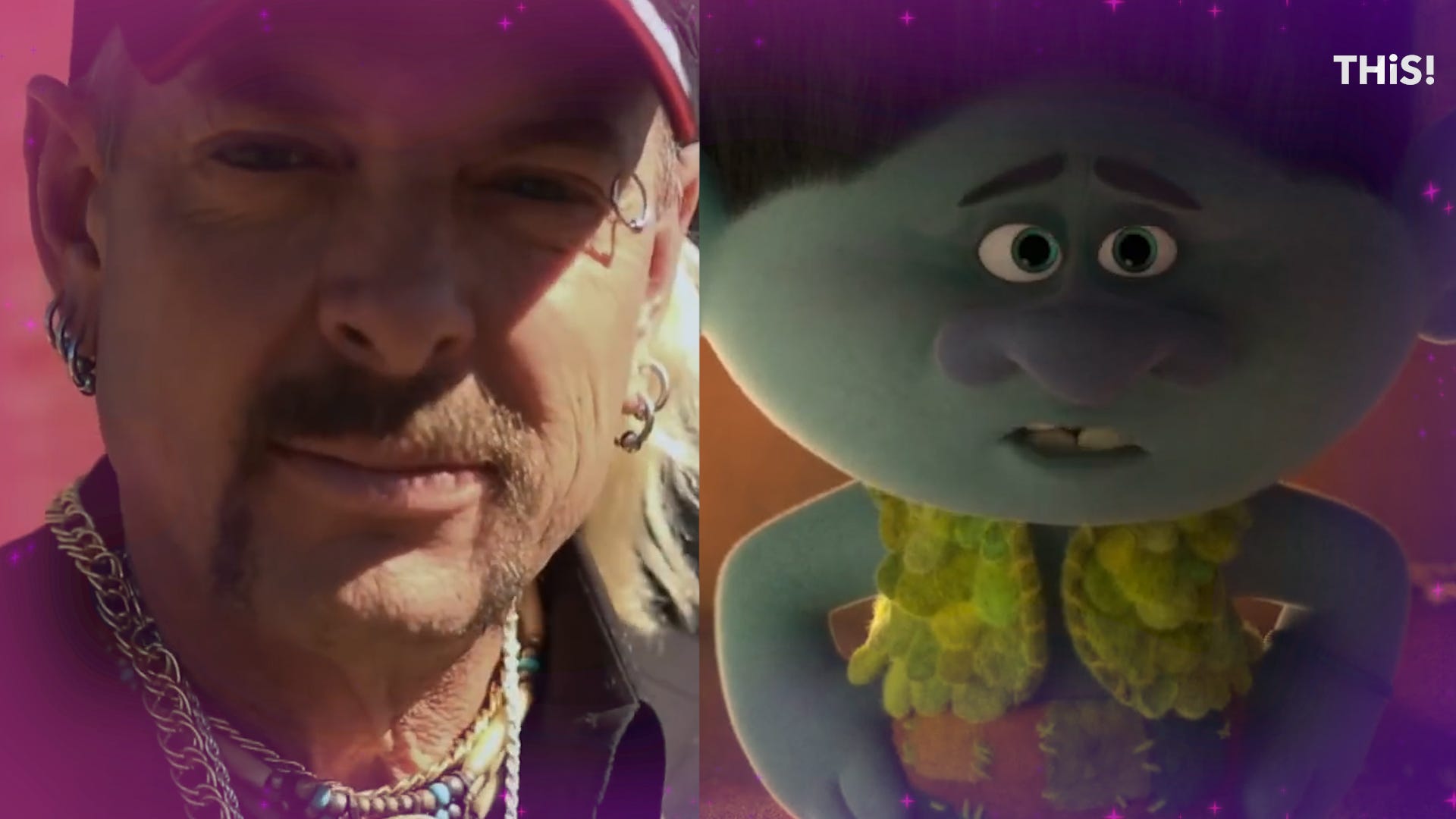 Theaters are still closed, but new streaming movies are coming to entertain you and your families during socially distanced times.

This weekend, we get to see how a high-profile theatrical movie performs as a streaming title in the age of coronavirus with the arrival of the animated fantasy sequel “Trolls World Tour,” starring Justin Timberlake and Anna Kendrick. In addition, Netflix rolls out three original flicks – including a multigenerational Asian tale, a high-concept British comedy, and a pro-wrestling family flick – and Josh Duhamel is back as a romantic lead (and he milks goats!).

Here’s a rundown of which new movies are hitting streaming on Friday for every cinematic taste.

If you can’t stop the feeling (to dance, of course): ‘Trolls World Tour’

After saving all of Troll kind in the first film, Poppy (voiced by Anna Kendrick) and Branch (Justin Timberlake) return in the animated sequel to learn all sorts of new things including that each tribe of Trolls is connected with a certain genre of music. They also get a couple of new metal-loving foes in Barb (Rachel Bloom) and her dad King Thrash (Ozzy Osbourne). Your quarantined kids will be rocking out to this for a while.

If you’re in need of a redemptive family story: ‘Tigertail’

Fans of “The Funeral” – and anyone needing an emotional pick-me-up – will appreciate this excellent and heart-tugging drama from Alan Yang, the co-creator of Netflix’s “Master of None.” A stoic Taiwanese man (a great Tzi Ma), needing to connect with his struggling workaholic daughter (Christine Ko), revisits his childhood as an enthusiastic youngster and a fateful decision to leave love behind to travel to America in search of a better life.

There’s a little bit of “Groundhog Day,” “Love Actually” and “Clue” in the DNA of this rom-com with multiple endings and crazy shenanigans. An English dude (Sam Claflin) is in Rome to make sure the wedding day for his sister (Eleanor Tomlinson) goes off without a hitch. He has to juggle the many ways that day could go wrong between his angry ex (Freida Pinto), his sibling’s American friend (Olivia Munn) he’s had the hots for and one pesky missing sedative.

If your kids are ready to rumble: ‘The Main Event’

It’s “Like Mike” with pro wrestling, a love letter to the WWE that walks a fine line between sweet family film and cheese-fest. Leo (Seth Carr) is a gawky 11-year-old wrestling super-fan who comes across a mysterious luchador mask at an estate sale. The headgear turns out to be magical: When Leo puts it on, he becomes Kid Chaos and, imbued with extraordinary abilities and a deeper voice, and has a chance to get his family out of financial straits. While fairly predictable, it’s got some fun wrestler cameos and an unbreakable feel-good vibe.

If you like a little horror with your metal: ‘We Summon the Darkness’

In the middle of a satanic panic with murderers on the loose in their 1980s-set Midwestern locale, Alexis (Alexandra Daddario) and her girlfriends (Maddie Hasson and Amy Forsyth) go to a rock show and befriend three dudes (Logan Miller, Keean Johnson, Austin Swift) and then head back to the estate of Alexis’ televangelist dad (Johnny Knoxville), where things get bloody when the pentagrams and chainsaws come out. You can see the twists coming (yes, there’s more than one), though “Darkness” does take an intriguing stab at exploring cults of personality.

If you want to squirm for the rest of the day: ‘Sea Fever’

The indie sci-fi horror flick is chock-full of familiar influences (see: “Alien”), yet to its credit offers some seriously unnerving imagery. Hermione Corfield is a marine-biology student on board a European fishing trawler, full of a crew (including Connie Nielsen) weirdly superstitious of her red hair. But they have bigger fish to fry – or, as the case may be, icky parasites – when their boat and drinking water are invaded by an otherworldly organism that infects the sailors and turns them mad. Good luck sleeping after seeing wormy weirdness coming out of an exploded eye!

If you’re in the mood for romance: ‘The Lost Husband’

More Lifetime-y weeper than rom-com, “Lost Husband” stars Leslie Bibb as Texas widow Libby, who moves her kids out of Houston and away from her haughty mother Sharon Lawrence to a rural farm run by her aunt (Nora Dunn). Libby’s a hot mess at first, milking goats and doing chores, and she butts heads with rugged farm manager James (Josh Duhamel). However, he has his own tragic past that helps foster a friendship and then (obviously) something more in Vicky Wright’s adaptation of Katherine Center’s novel that goes overboard with the melodramatic subplots.

Where to watch: iTunes, Vudu

If you’re yearning for a mind-bending emotional drama: ‘The Roads Not Taken’

Directed by Sally Potter (“Orlando”), the drama has a neat conceit that wavers in its execution. Javier Bardem stars as a New York man with dementia seemingly lost in his thoughts during a busy and tumultuous day with his protective daughter (Elle Fanning). But part of the odd behavior is because he’s living through two other parallel timelines in his mind, where he’s made different choices and ended up with different people. The narrative isn’t always focused in its direction, but the movie explores with nuance the idea that our lives are defined by who we love and not just by what we do.