Basketball may have been suspended at professional and collegiate level for over a month now, but despite the lack of live games April 25 will carry the same significance for the NBA this year that it has for the last seven decades.

Seventy years ago, Charles Henry “Chuck” Cooper became the first African American player to be drafted in the NBA, after being selected by the Boston Celtics in the second round with the 14th overall pick. In the same year, Nat Clifton and Earl Lloyd also broke racial barriers, respectively becoming the first black player to sign an NBA contract and the first black player to feature in an NBA game—the schedule meant Lloyd’s Washington Capitols opened their campaign before Clifton’s New York Knicks and the Celtics.

Cooper, however, was the first black man to leave college basketball and be drafted into the pros, despite signing for the Harlem Globetrotters shortly after his collegiate career had come to an end.

With his collegiate career in its infancy, Cooper was drafted to serve in the U.S. Navy during the final stages of World War II and left college after just six months, before enrolling at Duquesne University in his hometown. Cooper was a starter in each of his four years with the Dukes, leaving college after setting the school record for total points, earning an All-American selection and helping the team to a combined 78-19 record over four seasons.

The first African American player to take part in a college basketball game held below the Mason-Dixon line, Cooper played a crucial role in the Dukes twice receiving an invitation for the National Invitation Tournament, back then the most prestigious tournament in college basketball before the advent of the NCAA Tournament.

After leaving college Cooper—whose No. 15 shirt has since been retired by the Dukes—was drafted by the Celtics, who had missed the playoffs for the third time in four years since the NBA’s inception and were reeling from a 22-46 record. Desperate to turn things around, Celtics owner Walter Brown turned to former Capitols coach Red Auerbach, a decision which would come to define the franchise’s future and arguably the NBA as a whole for the next three decades.

Auerbach’s decision to draft Cooper didn’t cause as much of a stir as may have otherwise but that’s purely because the newly appointed Celtics coach had passed on drafting Bob Cousy with the first overall pick—Cousy eventually wound up in Boston in 1950, after the Celtics benefited of other teams’ misfortune.

During Cooper’s spell in Boston, the Celtics transformed from also-rans into genuine contenders, reaching the Division Semifinals—the equivalent of the modern-day second round of the playoffs—in each of his four seasons with the franchise and going as far as the Division Finals in 1953.

In 1954, Cooper was traded to the Milwaukee Hawks, who relocated to St. Louis 12 months later. Cooper didn’t hang around in Missouri for long and joined the Fort Wayne Pistons, where his NBA career ended in 1956.

At 6.7 points, 5.9 rebounds and 1.8 assists per game, Cooper’s career figures may not seem particularly impressive compared to some of his contemporaries, but his societal impact could not be measured in statistics.

Along with Clifton and Lloyd, Cooper played a crucial role in breaking down the color barrier in the NBA, despite being taunted by fans and even being refused service at hotels and restaurants.

“Even though they were held to a higher standard, they never faltered,” Chuck Cooper III said in a speech to the Basketball Hall of Fame in September last year, when his father was posthumously enshrined over 35 years after he died of liver cancer aged 57 in February 1984. 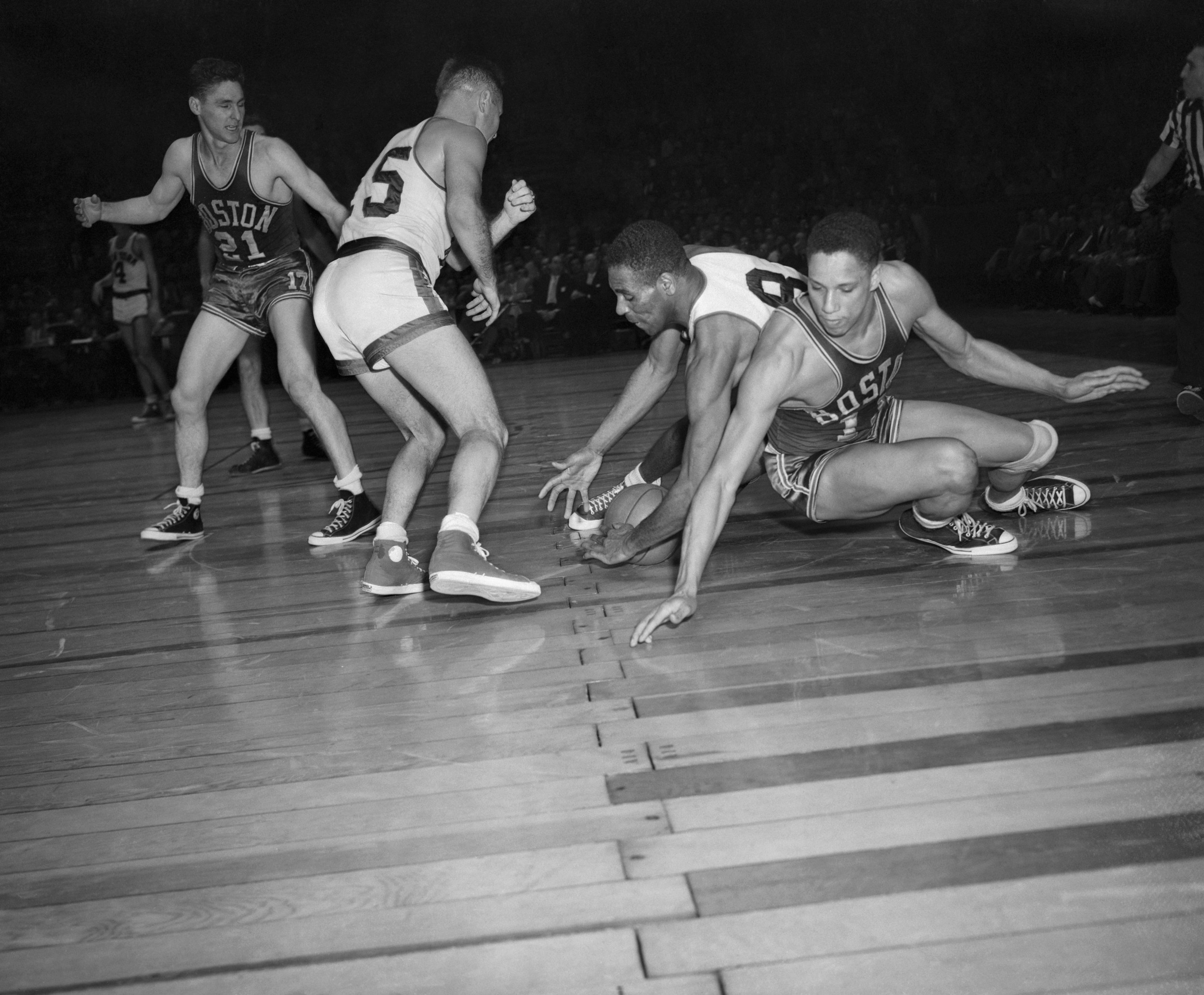