The White House Coronavirus Task Force is set to hold its latest press briefing Sunday at 5 p.m. ET, with an expected appearance and remarks by President Donald Trump.

The official White House website will feature an embedded version of the Coronavirus Task Force’s press briefing live stream as well as their official YouTube channel. The official live stream is embeded in the YouTube link below.

The president is expected to discuss a plan for “reopening America for business” at the beginning of May, although some governors in states including New York and Michigan have vowed not to pull back on social distancing guidelines until at least the middle of next month regardless of federal government quarantine changes.

As of Sunday morning, there have been 735,366 confirmed cases of coronavirus in the United States and 39,095 deaths, according to Johns Hopkins University’s tracker.

Vice President and Task Force chair Mike Pence told several Sunday morning cable TV hosts the federal government is conducting about 150,000 tests per day and that four million tests have been conducted overall — numbers far short of what White House officials had vowed last month. During a March 10 coronavirus press briefing, Pence declared there were “more than 4 million more tests available” across the U.S. despite lawmakers from both sides of the aisle disputing these numbers. A COVID Tracking Project showing test volume has placed total test numbers far lower than Pence’s estimates.

At Saturday’s press briefing, President Trump said the Chinese government had clearly fudged their coronavirus case and death totals as he continued suggesting both the World Health Organization and the Chinese are being investigated for potential blame in initially spreading the virus from a Wuhan laboratory late last year.

“We’re not number one, China’s number one. China’s ahead of us by a lot, they are way ahead of us in terms of death. It’s not even close – you know it, I know it, they know it. But you don’t want to report it,” Trump said Saturday, criticizing the news reporters in the James S. Brady Press Briefing Room.

Also at the briefing Saturday, Dr. Deborah Birx, the White House coronavirus response coordinator, showed a graph featuring the mortality rates of countries worldwide. Belgium tops the ranking with a 45.2 deaths per 100,000 people, with the United States near the bottom at an 11.24. China is listed at the bottom with the lowest rate of 0.33 and an asterisk next to it.

“I put China on there so you could see how basically unrealistic this could be,” she said. “When highly-developed health care delivery systems of the United Kingdom and France and Belgium, Italy and Spain with extraordinary doctors and nurses and equipment, have case mortality rates [percentages] in the 20s and up to 45 in Belgium, which has an extraordinary competent health care delivery system and then China at point-33.”

The Coronavirus Task Force members are expected to announce precautions aimed at preventing a “second wave” of cases emerging over the next several months, despite several states taking measures to ease shelter-in-place orders. 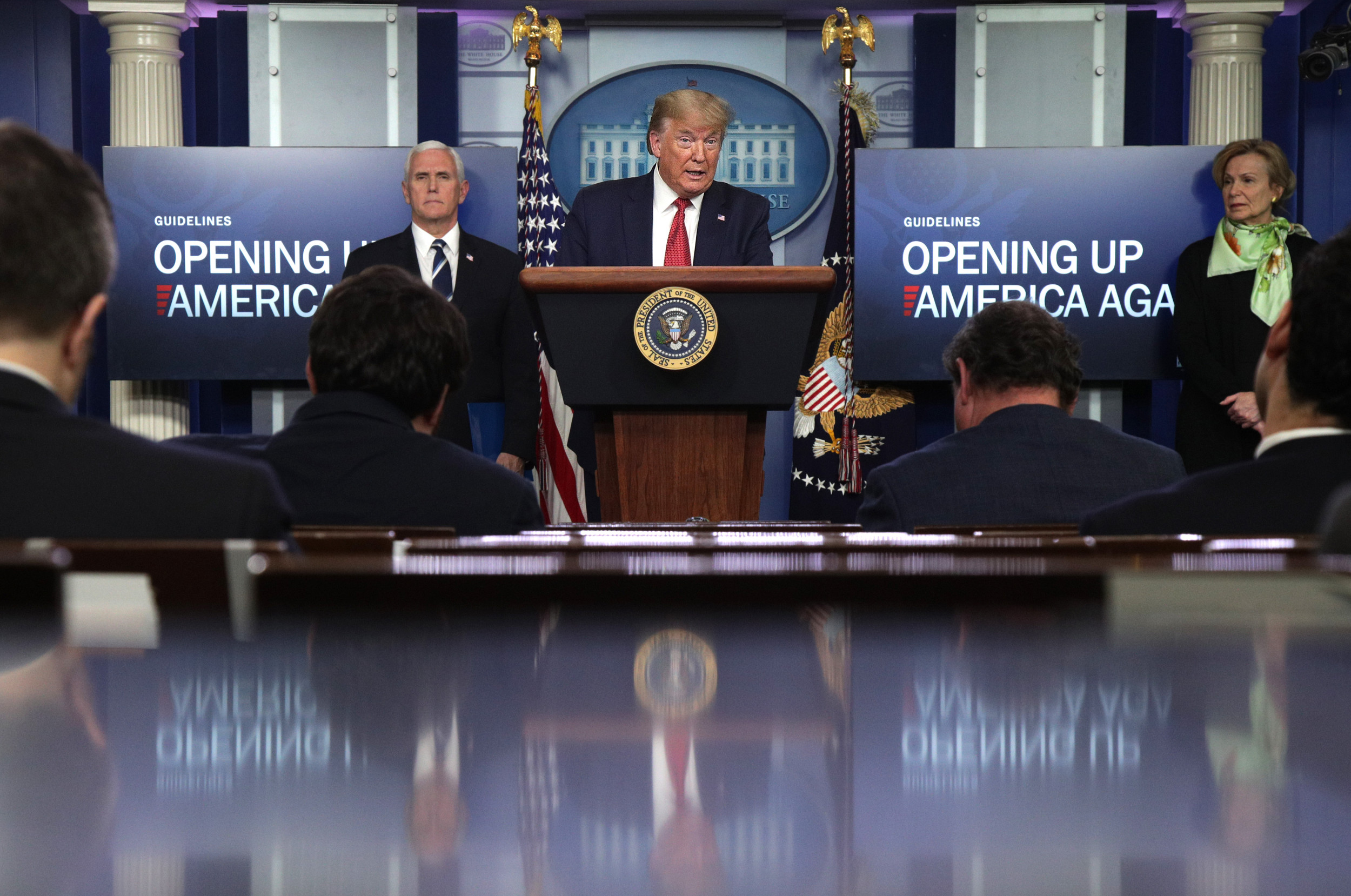