The Walking Dead Season 10 continues with the episode-15 finale this week, and we’ve got all the juicy SPOILERS you want to know ahead of the big premiere. Straight from the experts at The Spoiling Dead Fans, we learn what’s next for Beta, Daryl and more.

Knowing Beta has nefarious plans afoot, Gabriel and the rest of the Alexandrians pack up and head to an abandoned hospital they refer to as “the Tower.” While there, some fairly major points of contention get resolved. Lydia knows her mother has been killed, and she and Judith have a heartwarming conversation about loss. Judith feels bad about Lydia’s grief and asks if she misses Alpha. Lydia replies, saying not everyone is able to have a great mom like Judith’s. Negan tries to make Lydia feel better too, and she eventually accepts the sentiment. Kelly and Carol also settle things, as Kelly says she understands why Carol took the actions that led to Connie’s disappearance. We still, however, don’t get to learn what happens to her. 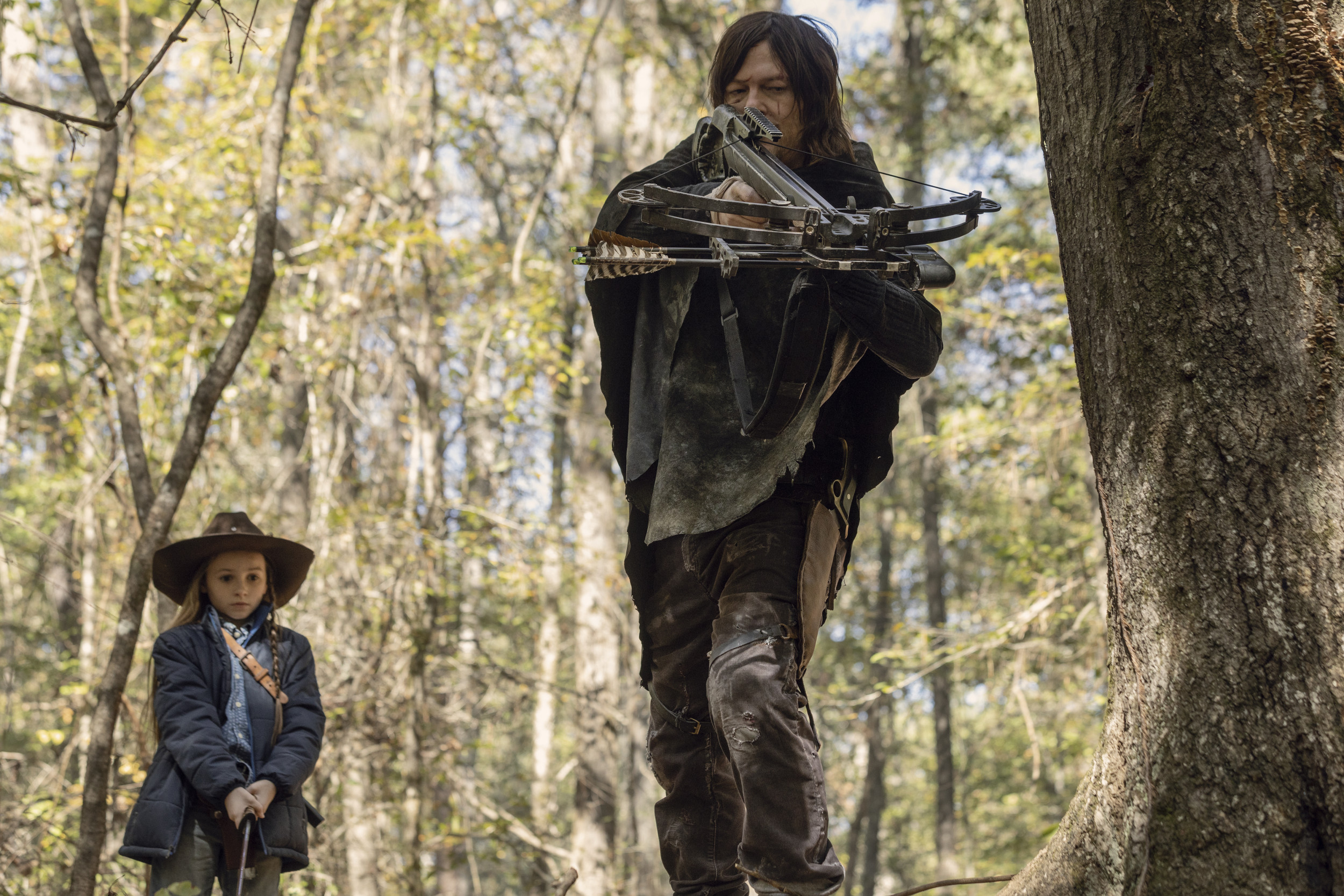 Otherwise, episode 15 becomes a pretty Judith-heavy episode when the girl asks uncle Daryl if she can learn what he does. He takes her around the perimeter of the hospital, and they come across a stranded Whisperer who feels Beta has lost it. Despite begging Daryl to let her turn, he kills her instead. Judith does not like this. Daryl also tells Judith that, while he can’t guarantee he’ll never leave, she’ll always have family in Alexandria no matter what.

Outside Alexandria, Eugene and his group have their first real encounter with Princess. She’s just as goofy as expected. While she helps them on their path toward Stephanie, she leads them to a minefield simply because she was having too much fun and didn’t want it to end. She also promises them “wheels” to get around, and those wheels turn out to be bicycles. Yumiko nearly loses her patience with the stranger but eventually asks Princess if she’d like to join the group. 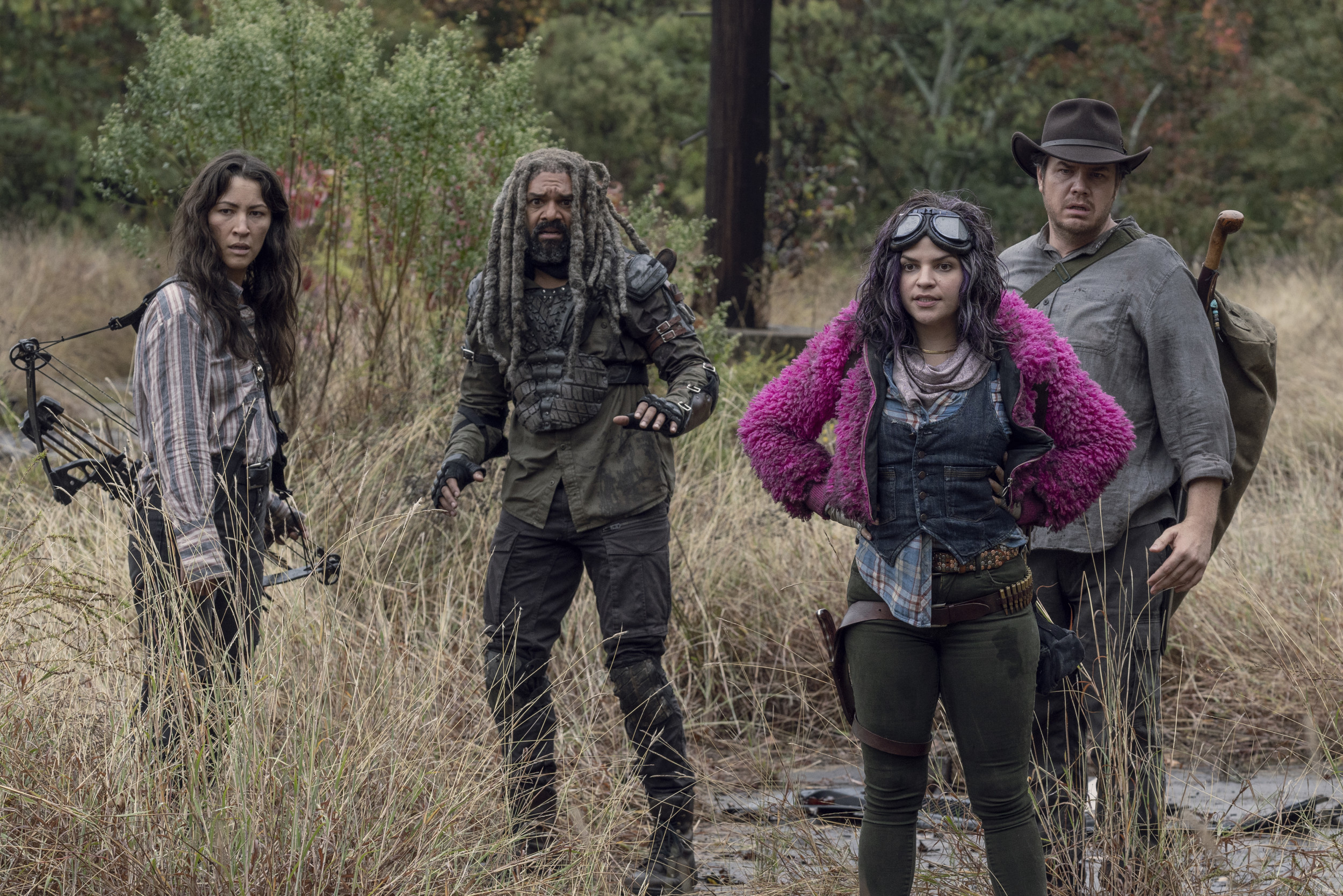 Ending off with Beta, his plan is initially to send the horde to Oceanside, as directed by the walker voices in his head. Alden and Aaron follow close behind to chart the horde’s progress. A cat diverts Beta’s attention, however, and they follow it towards the Tower. When the horde turns around, Alden and Aaron are captured. The episode ends with Gabriel sending a broken radio call to Daryl to say the Tower is surrounded.

So, another episode, another buildup to a finale we’ll have to wait a little while to see. Beta’s reached peak insanity at this point, which means his demise is likely to close at hand, but not before he creates total carnage for the residents of Alexandria. Characters seem to be letting old grudges fall by the wayside, but that inner peace will quickly be interrupted by the emergence of a bigger threat. Coronavirus measures have delayed the arrival of episode 16 indefinitely, so this conclusion is the best one walker stalkers have for now.

What are your thoughts on this episode being the finale? Will Beta survive through episode 16? Tell us in the comments section!