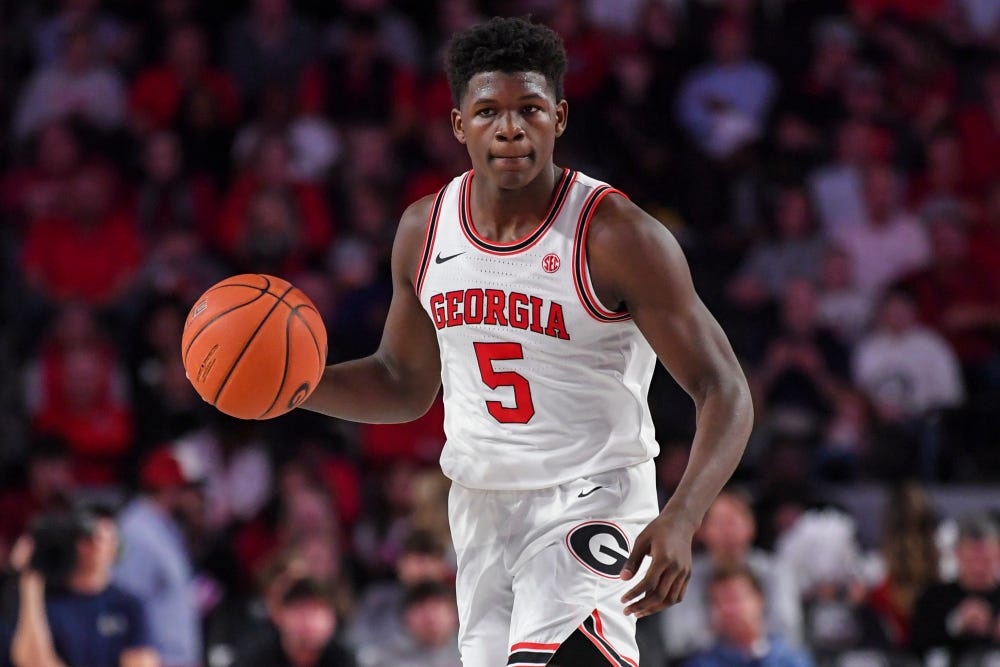 One of the few silver linings to the NCAA Tournament being canceled was the steady parade of old games being televised in their places, games that we remember in the abstract but whose memory fades in detail.

And when you sit down to watch those games, whether it’s the 1982 championship with Michael Jordan and Patrick Ewing or an Arizona-Kentucky title tilt with eight NBA players between them or the transcendent freshman runs of Carmelo Anthony and Derrick Rose, what stands out most is the almost unrecognizable quality of play.

For a decade, college athletics officials have screamed from the mountaintops that they’d prefer the best players in the country go play in some pro league overseas rather than come to college for a year because they had to, even if they produced the kind of electric basketball we often saw at the height of the one-and-done era. 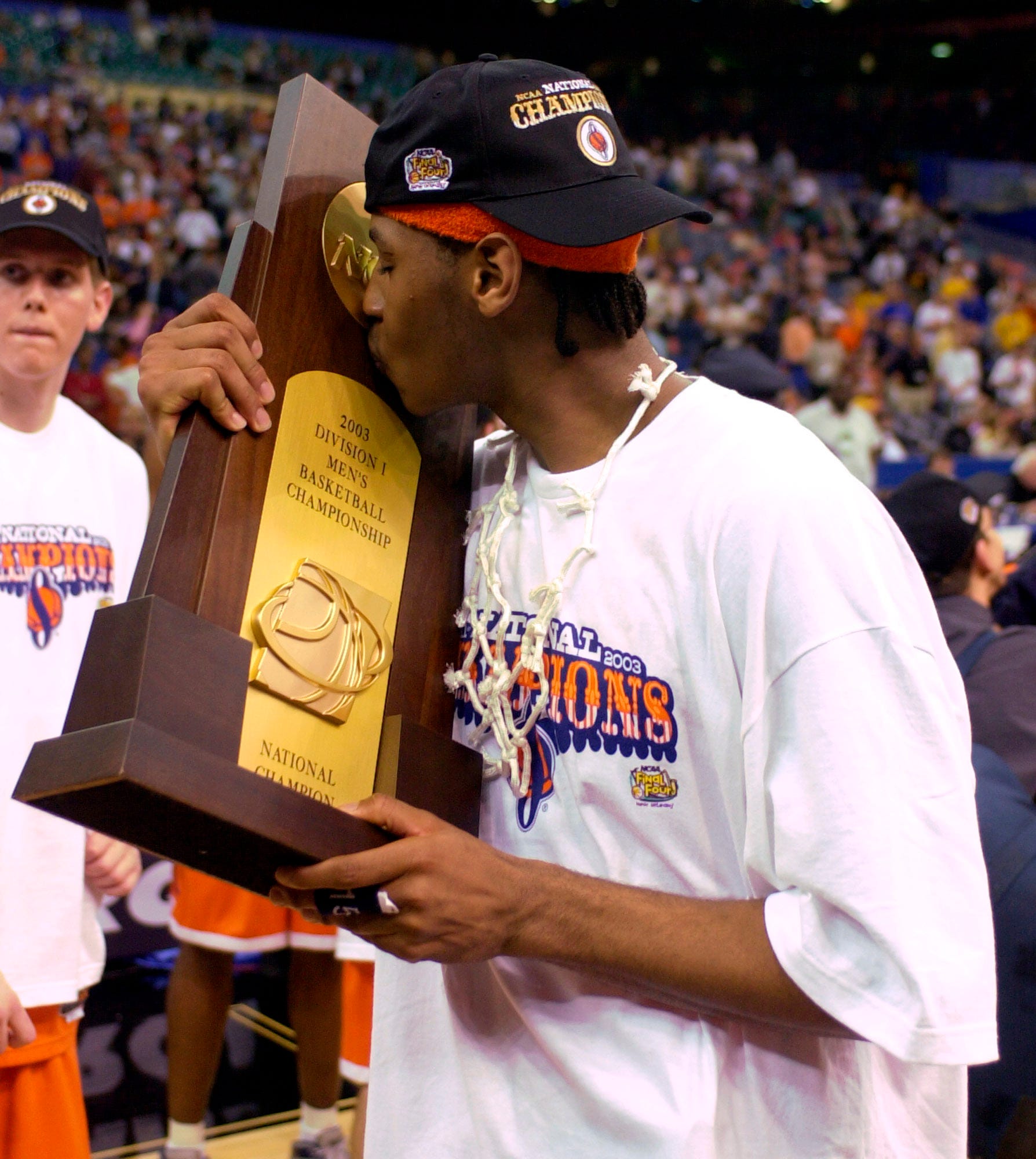 Imagine being in the middle of a half-decade stretch where you had Kevin Durant’s games at Texas leading Sportscenter every night or Anthony Davis leading Kentucky to a national title and saying, “Yeah, we’d rather players like that just skip college if there’s a more attractive option out there.” But here we are.

And now, with top prospect Jalen Green’s decision Thursday to bypass a season at Memphis in favor of a new G League program for elite players that, according to ESPN, will pay him $500,000 next year, college basketball has officially entered “be careful what you wish for” territory.

Because this isn’t just about Green, a player I admittedly have not watched and don’t really know much about. Nor could I tell you anything about five-star recruit Isaiah Todd, who was slated to go to Michigan but is now also headed to this new G-League developmental concept, according to The Athletic.

But you don’t have to know what kind of players they are or how good they’ll eventually be in the NBA to understand what they represent: a generation of high-profile athletes who don’t think even a few months of college basketball is worth their time.

They aren’t the first, of course. You’ve had Brandon Jennings going to Europe instead of Arizona or Emmanuel Mudiay playing in China instead of at SMU, both of which were tied to eligibility concerns. You had Darius Bazley bailing on a scholarship at Syracuse to take a $1 million “internship” at New Balance, and then last year R.J. Hampton going all the way to New Zealand instead of playing at Kansas.

In each of those cases, it took a significant amount of inconvenience or risk for the player to skip college. Sorry, but picking up and moving 7,000 miles away to play basketball for a year at age 18 is not something a ton of people would be willing to do.

But if the NBA is actually getting serious about a G League program that would pay top players real money and offer true development, it changes everything.

According to ESPN, Green and Todd won’t be joining a regular G League team as much as they’ll be involved in a year of intense basketball training alongside a group of elite prospects and a handful of veterans and play 10 to 12 exhibitions against regular G League teams as well as national teams from other countries.

In other words, this isn’t a regular G League experience with all the obvious drawbacks of putting an 18-year old onto a minor league team full of physically mature men who are trying to scratch and claw their way to an NBA contract. Instead, it sounds more like a European-style soccer academy where the focus is solely on developing them to be ready for the NBA. And for top players like Green, it will come with a significant amount of money attached.

Suddenly, that becomes a real alternative to college that doesn’t totally disrupt a family’s life by sending their kid to China or New Zealand. Whereas college coaches didn’t necessarily think it was likely they would lose a top player to an overseas contract in the past, now they’ll have to consider that anyone in the top 20 of the rankings could also be pursued by the G League.

Given that most of these coaches have sold their program as a path to NBA, it suddenly doesn’t seem quite as potent when they’re recruiting against the actual NBA.

Ultimately, there’s no way that can be spun into good news for college basketball. The sport has already been marginalized in the larger sports culture to a place where the NCAA Tournament is all that matters. The style of play that tends to win is plodding and overreached. If you go back watch the Florida-Ohio State title game from 2007 or Kansas-Memphis the following year, the skill level between then and now is almost unrecognizable.

And while the tournament is capable of delivering great drama without great players, college basketball is at its most electric and relevant when the most talented freshmen are part of it.

Do you think any random top-50 freshman would bring President Obama to Cameron Indoor Stadium? Of course not. But he went there a little more than a year ago because Duke had a player in Zion Williamson who was bigger than the sport. You wonder now if we’ll ever see the likes of him again in a college basketball game.

It didn’t have to happen this way. Remember, even all these years later, the NBA still hasn’t fixed its collective bargaining agreement to allow for players to enter the draft directly from high school. The league just found a way around it.

Maybe it was inevitable that the NBA would eventually focus on building a developmental pipeline without asking players to abide by byzantine NCAA rules even for a year. But did the NCAA really have to cheerlead for it to happen?