The OnePlus 8 series is just around the corner, and the leaks are ramping up ahead of its April 14 launch date. The latest leaks reveal the stylish and colorful official cases you’ll be able use to accentuate both the OnePlus 8 and OnePlus 8 Pro.

This morning, renowned leaker Evan Blass shared a new set of renders to his Patreon, revealing six different colorways for OnePlus 8 and 8 Pro cases. Based on the leaks the stock OnePlus 8 will have five different case options, while the OnePlus 8 Pro will only have three.

Those looking forward to the OnePlus 8’s incredible “Interstellar Glow” color will be happy to know that OnePlus will offer an official clear case. Or if you’re looking for your case to be the color accent rather than the phone itself, OnePlus is also bringing back its “Sandstone” cases in two new colors “Sandstone Cyan” and “Sandstone Purple.” You’ll also see more traditional case options available like “Nylon” and the carbon-fiber-like “Karbon.” 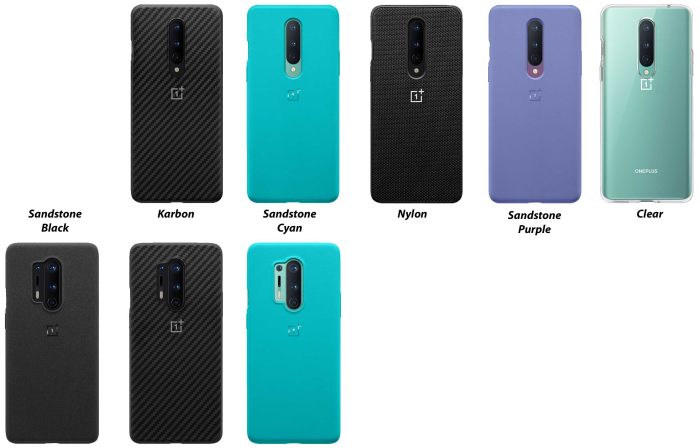 The cases will join the OnePlus Bullets Wireless Z earbuds as the official accessories reported to be unveiled alongside the new phones later this month.