A Michelin-starred restaurant in New York City, forced to close due to the coronavirus pandemic, has been resurrected as a “commissary kitchen” to help feed medical workers and underprivileged New Yorkers.

The Eleven Madison Park restaurant in Manhattan’s Flatiron District, named the world’s best restaurant in 2017, closed in mid-March alongside other city eateries as officials struggled to contain the novel virus that has so far killed 1,867 in New York state and 7,159 nationwide.

The three Michelin-starred restaurant is now making more than 2,000 meals every day for hospital staff and in-need citizens. Chef Daniel Humm, who heads the Make it Nice hospitality group, said “the most important thing” in the current climate is supporting “healthcare workers on the frontlines of this battle and those struggling to survive it,” according to Robb Report magazine.

Humm is working with non-profit Rethink Food and American Express to reach those in need, having already fundraised $50,000 to support restaurant staff unable to work because of the pandemic.

Former Eleven Madison Park workers are divided into teams of three inside the restaurant’s kitchens. Rethink then delivers the meals to hospitals and community centers across the city.

“This is obviously an extraordinarily difficult moment for New York, and this program has given our team the chance to not only help people, but to do what they love: cook,” Humm said.

Meanwhile, some food banks and soup kitchens have been forced to close with the city under lockdown, leaving some of the most vulnerable unable to get what they need. The New York Post reported that almost a third of all food banks in the city’s five boroughs have already closed.

With unemployment soaring and no clear end to the crisis in sight, many more people will face difficult financial decisions in the coming months.

Rethink has launched a separate scheme to help as many as 30 restaurants reopen as food distribution centers, backing them with $40,000 in funds. Restaurants will initially be asked to use their remaining food stock, after which Rethink says it can arrange replacement supplies.

The Guardian reported that The demand for food aid has multiplied some eight times in some parts of the country. The National Guard has been deployed to help food banks cope with spiking demands in cities including Cleveland, Phoenix, and St. Louis, and the situation looks likely to get worse. 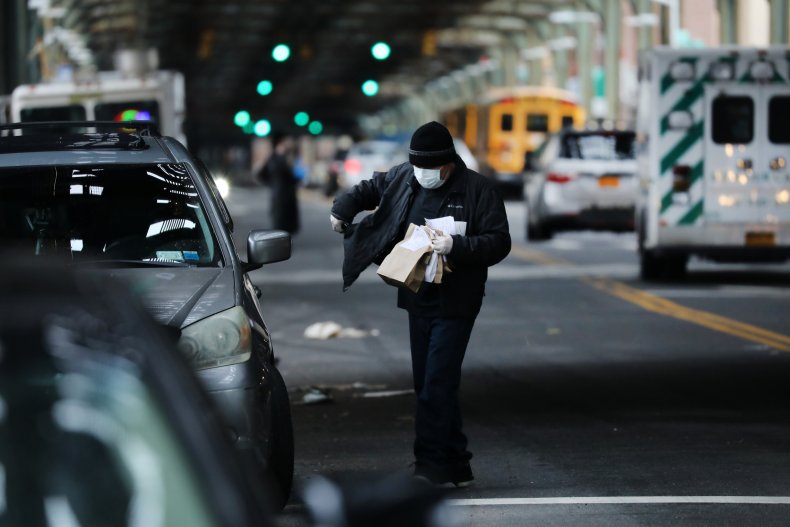