A doctor in New York City’s Brooklyn borough compared the scene at her hospital to a “war zone,” as the coronavirus pandemic continues to spread rapidly throughout the metropolitan area.

“This is a war zone. It’s a medical war zone,” Dr. Arabia Mollette, an emergency room doctor in Brooklyn’s Brookdale Hospital told CNN for a report that aired Monday. “Every day I come in, what I see on a daily basis is pain, despair, suffering and health care disparities,” she said.

New York state has become the epicenter of the coronavirus pandemic in the U.S. with nearly 60,000 confirmed cases as of Monday morning. And New York City has been especially hard hit, with hospitals running low on protective supplies as doctors struggle to keep up with the flow of patients suffering from COVID-19, the disease caused by the novel coronavirus.

The Brookdale Hospital had at least 100 confirmed cases of COVID-19 as of Sunday afternoon, according to CNN. There were nearly 80 others that doctors expected were COVID-19, but they had not yet been confirmed. Already more than 20 people had died from the infection.

The city’s Mayor Bill de Blasio warned on Sunday that hospitals in the metropolis would soon be running out of supplies. He noted that the city was in dire need of ventilators.

“We have enough supplies to get to a week from today, with the exception of ventilators—we’re going to need at least several hundred more ventilators very quickly,” De Blasio said in an interview with CNN.

Already, some medical staff in New York have been forced to use trash bags and other non-standard materials as personal protective equipment. Many doctors have also been reusing masks due to shortages, according to multiple reports.

“NO MORE GOWNS IN THE WHOLE HOSPITAL,” the caption on a photo of nurses at the hospital shared to social media said. “NO MORE MASKS AND REUSING THE DISPOSABLE ONES…NURSES FIGURING IT OUT DURING COVID-19 CRISIS.” 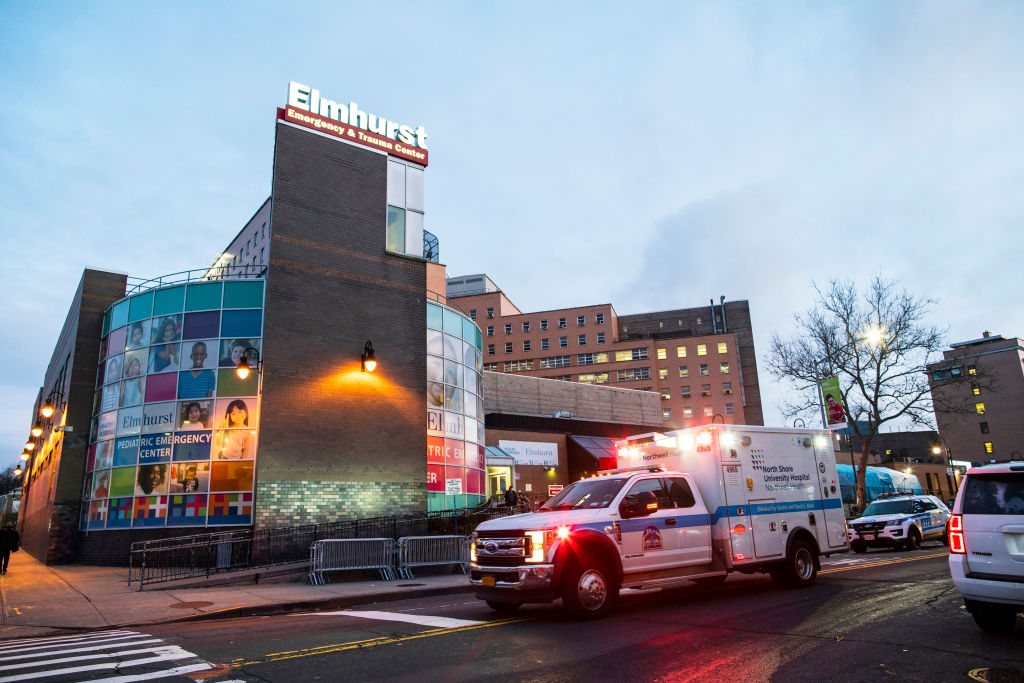 Despite the reported shortages and pleas from New York’s Governor Andrew Cuomo for more supplies and ventilators, President Donald Trump has been dismissive about the need for federal assistance.

“I have a feeling that a lot of the numbers that are being said in some areas are just bigger than they’re going to be,” Trump told Fox News host Sean Hannity during a Thursday phone interview. “I don’t believe you need 40,000 or 30,000 ventilators. You know, you go into major hospitals sometimes they’ll have two ventilators, and now all of a sudden they’re saying, ‘Can we order 30,000 ventilators?'”

Health experts were quick to criticize the president, arguing that he didn’t seem to understand the situation and what was needed. Even Dr. Anthony Fauci, who is part of the president’s coronavirus task force and serves as the director of the National Institute of Allergy and Infectious Diseases, agreed that New York needed the extra ventilators.

“Bottom line, he’s got to have the ventilators. Period,” he added.