A South Florida police chief has been placed on administrative leave for allegedly saying that a deputy’s COVID-19 death happened because he was gay.

In a complaint sent to Davie administrator Richard Lemack from the Florida State Lodge Fraternal Order of Police Labor Council Committee, officers claimed that Davie Police Chief Dale Engle lashed out at several cops for expressing concerns about their exposure to the coronavirus while on duty. The officers also alleged that Engle said the death of Broward Sheriff’s Office Deputy Shannon Bennett was caused by his homosexuality. The remarks were made at a patrol briefing on April 7.

Bennett passed away age 39 last week of coronavirus-related complications after being diagnosed with the disease in March. He was a 12-year veteran deputy, according to NBC Miami.

Lemack on Saturday night released a statement confirming that Engle had been placed on leave pending an investigation into the complaint. “As of April 11, 2020, Police Chief Dale Engle was placed on Administrative leave pending further review of allegations brought forward by the Fraternal Order of Police,” Lemack said.

“The allegations will be investigated in accordance with the Town’s Equal Employment Opportunity compliance policy by outside counsel. The Town will have no further comment until the investigation is completed to protect the integrity of all involved.”

Florida’s Fraternal Order of Police Chief of Staff Mike Tucker said officers believe Engle’s remarks were an attempt to “minimize the concerns they had, the dangers they were facing, by using Deputy Bennett as an example.”

Newsweek reached out to the Davie Police Department for additional information.

According to NBC Miami, the officers said Engle attempted to walk back his comments in an email sent after the briefing, where he claimed they took him “out of context” and he was merely providing “as much information as possible.”

On Sunday afternoon, more than 547,500 individuals had tested positive for the coronavirus in the U.S., with over 21,000 deaths, according to a tracker maintained by Johns Hopkins University. Florida has a total of 19,347 COVID-19 cases and 452 deaths caused by the virus. 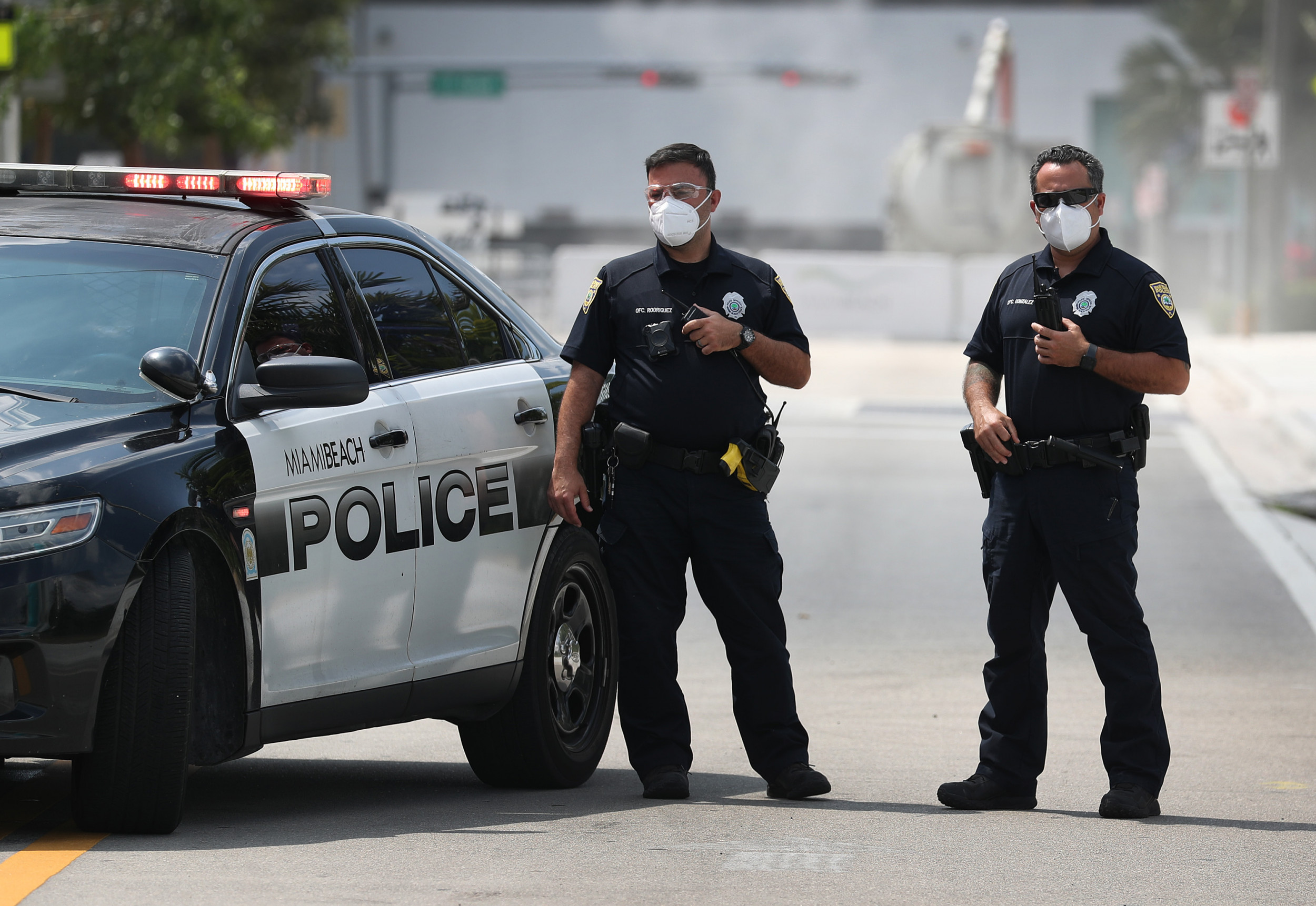