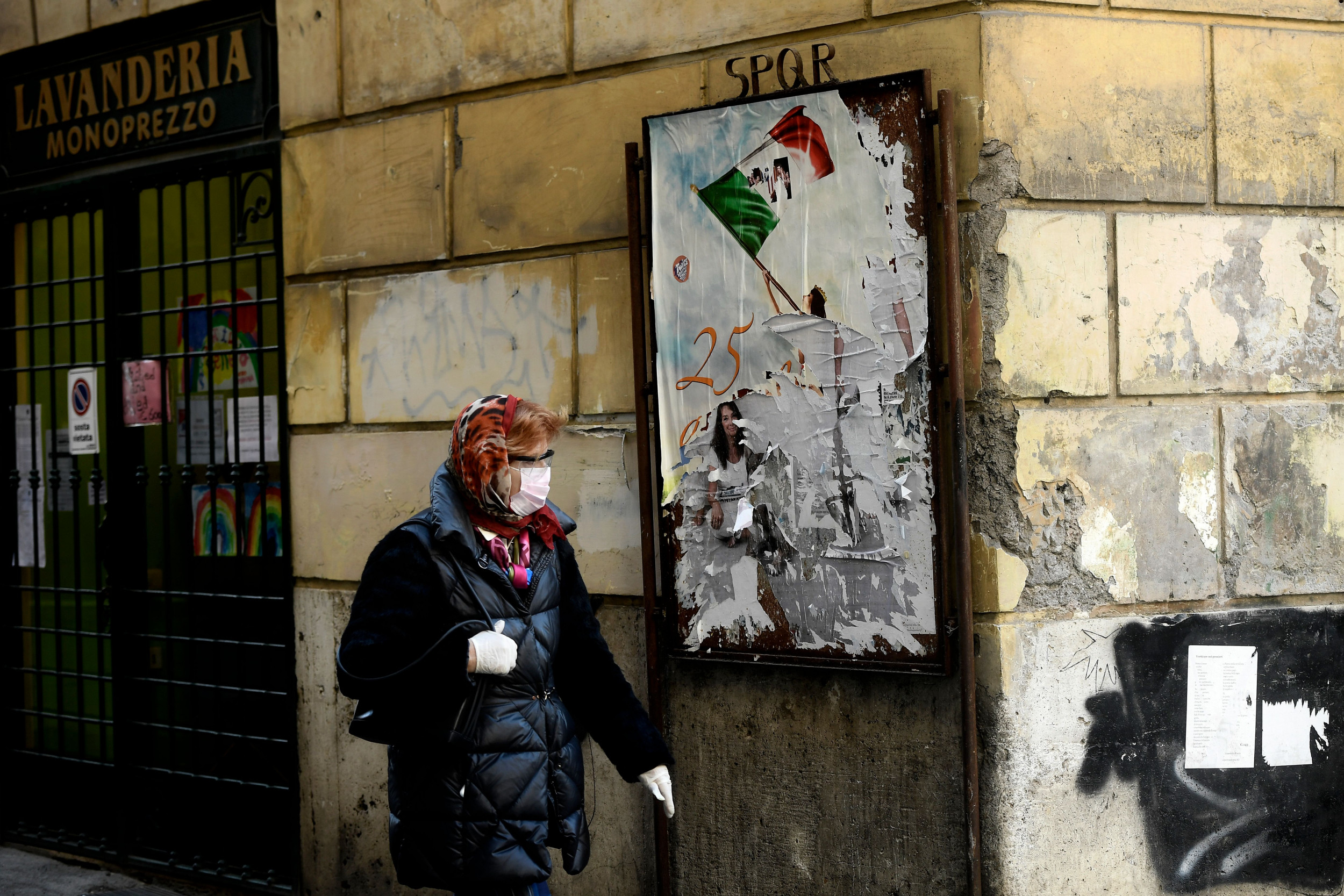 Those who are affected by domestic abuse and in lockdown with their abusers may be unable to seek help, raising fears across Italy and Europe that forced confinement has silenced victims.

An Italian parliamentary committee released figures last week that revealed calls to local and state police dropped to 652 in the first 22 days of March (during which time Italy’s 60 million residents went into lockdown), down from 1,157 in the same period a year before.

Italy’s largest domestic violence hotline saw a similar decline, with calls falling 55 percent in the first two weeks of March, according to Reuters. Domestic violence groups across the country have noted similar declines as the government and outside organizations find new ways to reach victims in need of help.

“How is a woman who wants to report violence supposed to move? With the lockdown (she) can only contact the anti-violence centers when she goes to the pharmacy or buys food,” Valeria Valente, the senator who chairs the parliamentary committee, told Reuters.

Despite successive governmental reforms, 13.6 percent of women have been attacked by a partner or former partner, according to Istat, the national statistics bureau. Interior Minister Luciana Lamorgese announced a new app called “YouPol,” which would allow victims to alert authorities without making a phone call.

The Italian government has also considered a proposal to allocate $4.4 million to shelter abuse victims, funding which would come from the nation’s emergency decree to combat the virus, as violence was likely to worsen, advocates say, as the COVID-19 lockdown continues in a bid to limit the spread of the disease caused by the new coronavirus. The shutdowns may likewise encourage partners to stick it out, given the unforeseen end to lockdowns globally.

“Cases, not only of abuse but also murder, will surely increase because the frustration resulting from the prolonged lockdown will make an abusive partner even more violent,” Gregorio Gomez Mata, co-founder of ALMA association, which helps victims of gender violence, told media from quarantine in Milan.

Italy accounts for a third of worldwide deaths from the novel coronavirus and has seen more than 100,000 cases even after the country went into lockdown on March 9. The UN’s global database on violence against women ranks Italy at number 50 on its Global Gender Gap Index Rank.

Other European countries are adapting similar methods to help combat domestic violence, with the French government urging abuse victims to seek help at pharmacies which remain open as essential businesses.

“There is a danger outside—it’s the COVID-19 pandemic—but when you have a danger inside, you have someone who humiliates you, who strikes you, sometimes rapes you, assaults you, threatens you with death, obviously you have the right to go out,” French Equality Minister Marlene Schiappa told NBC News.

Spain has also experienced a drop in calls to abuse hotlines and shelters, prompting authorities to launch a WhatsApp chat for women, a service which has seen a 270 percent increase in consultations, according to the country’s Equality Ministry.

Speaking with Corriere della Sera, Lella Paladino, the president of Eva Cooperativa, an Italian organization providing relief and support to women suffering abuse, recounted the story of a mother and her two children who would often visit the shelter for support. But now the woman and her children rarely make visit as worry about who may be carriers of the novel coronavirus keeps abuse victims at home.

Yet the shelter and hotlines remain open.

“We don’t leave anyone behind,” Paladino said.