Coronavirus cases in the U.S. soared past 300,000 on Sunday, more than double the total of Spain, the country with the second-highest number of confirmed cases.

As of Sunday morning, there were 312,245 cases of COVID-19, the disease caused by the novel coronavirus, in the U.S., according to Johns Hopkins University. More than 8,500 have died while more than 15,000 have recovered.

The virus, first detected in the city of Wuhan, in China’s Hubei province, has sickened more than 1.2 million people in the world, with Spain, Italy, Germany, and France reporting the highest number of cases after the U.S.

Nearly 65,000 deaths have been reported worldwide while almost 250,000 people have recovered.

President Donald Trump warned that the U.S. is headed into its “toughest” week yet as the death toll from the coronavirus pandemic continues to rise. “There will be a lot of death, unfortunately,” Trump said during his daily briefing on the pandemic on Saturday. “There will be death.”

New Jersey has the most deaths after New York. According to the latest report from the state’s department of health, 846 people have died in New Jersey and the state has more than 34,000 confirmed cases.

The death toll in Michigan has risen to more than 540 and the number of cases has climbed to more than 14,000, according to the latest report from the state’s health department. Michigan now has more deaths than Washington state, which was initially the epicenter of the outbreak in the U.S. after an outbreak at a nursing facility. Washington has more than 7,500 cases and 310 deaths, according to the latest update on the state’s health department website.

Meanwhile, California has more than 13,900 cases and 321 deaths as of Saturday night, according to The Los Angeles Times. More than 5,300 of those cases and 119 deaths were in Los Angeles county. 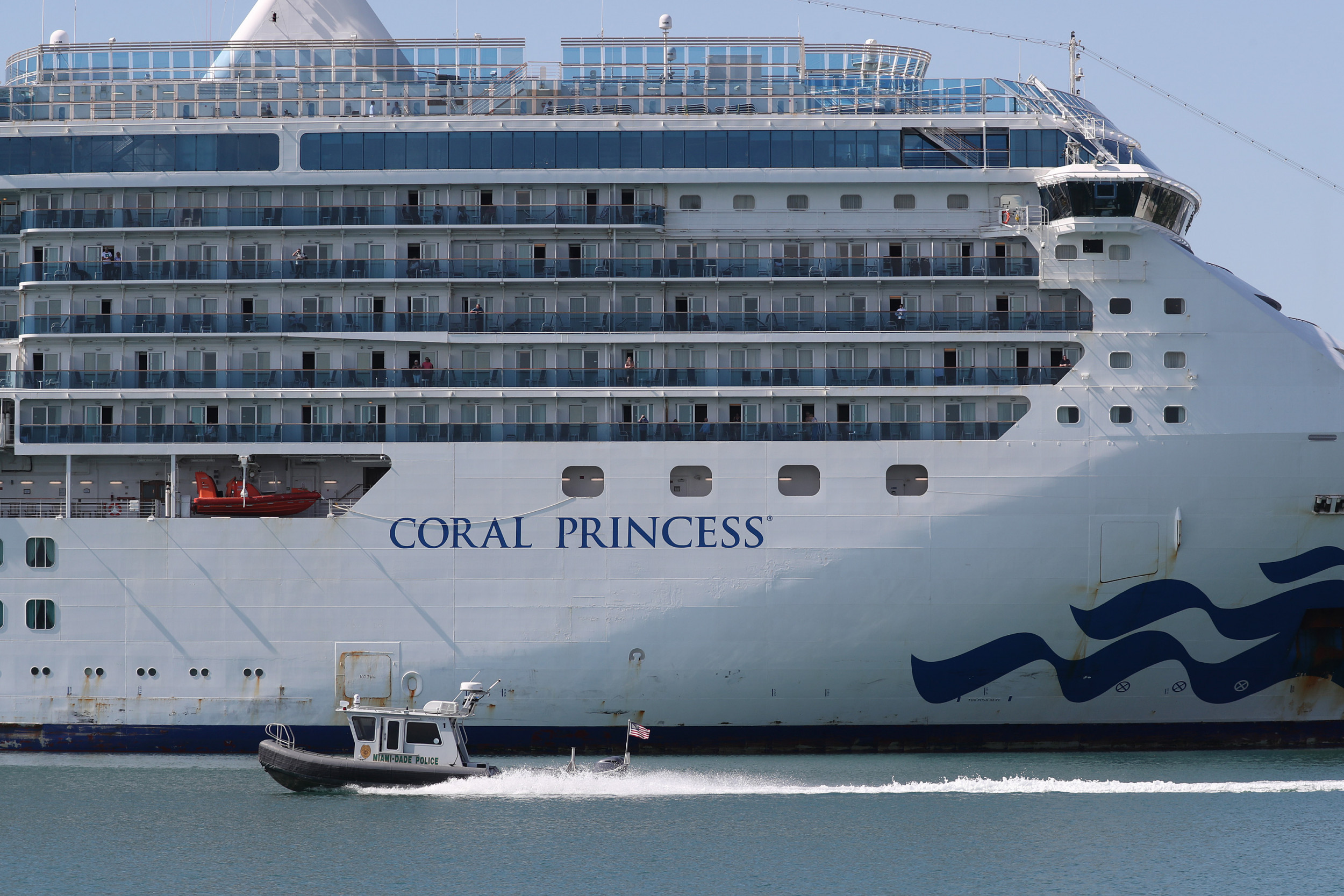 Despite the grim warnings that “a lot of death” was on the horizon for the U.S., Trump also suggested he would like to think about easing social distancing rules for Christians on Easter Sunday.

During his daily briefing on Saturday, the president said he had considered allowing gatherings at churches “with great separation outside.” Although he didn’t announce changes to existing guidelines, Trump said it was “something we should talk about.”

He added, “Somebody did say that, ‘Well, then you’re sort of opening it up to that little, you know, do we want to take a chance on doing that when we’ve been doing so well?'”

Trump last month indicated that he would like to open up the U.S. by Easter Sunday. But then extended social distancing guidelines until the end of April, saying the likely peak of U.S. deaths was expected around Easter.

The Coral Princess ship docked in Miami, Florida, on Saturday after two people died of coronavirus onboard and several others tested positive.

The ship, with 1,020 passengers and 878 crew members, had been in limbo for days awaiting permission to dock. The ship’s journey started on March 5 in Chile and was due to end in Argentina on March 19.

On Thursday, the Coral Princess announced that 12 people, seven passengers and five crew members, had tested positive for COVID-19, the illness caused by the novel coronavirus. Miami-Dade County Mayor Carlos Gimenez said on Saturday that two guests had died of coronavirus, according to CNN.

A spokesperson for cruise line Princess Cruises told Newsweek that disembarkation of guests is expected to take several days. Anyone who needs to be hospitalized will disembark first, the spokesperson said. Those who are fit to fly will start leaving on Sunday. “These guests will transfer direct from the ship to Miami International Airport for flights home,” the spokesperson added.

Others who have symptoms of respiratory illness will remain on board until they are medically cleared by ship doctors.

Several other cruise ships remain at sea across the world with countries reluctant to allow them to dock over coronavirus fears.

Data on COVID-19 cases is from Johns Hopkins University unless otherwise stated.