Members of the White House Coronavirus Task Force will take to the podium once again on Tuesday for its daily briefing about the coronavirus outbreak in the United States.

The United States has become the epicenter of the outbreak and on Tuesday had more than 368,000 cases. This is more than double the number of cases in Spain, the country with the second-largest outbreak. President Donald Trump has warned that this week will be among the toughest America will face.

Tuesday’s briefing is scheduled for 5 p.m. EST, the standard time for the daily update. On TV, C-SPAN will broadcast it live on C-SPAN 1, as well as on its website and C-SPAN Radio. The White House will stream the briefing live on its YouTube channel.

Of the cases in the United States, 19,972 people have recovered, according to a Johns Hopkins University tracker. Officials have said that the federal social distancing guidelines, which will remain in place until at least April 30, are working, and President Donald Trump said on Monday that there is “light at the end of this tunnel.” 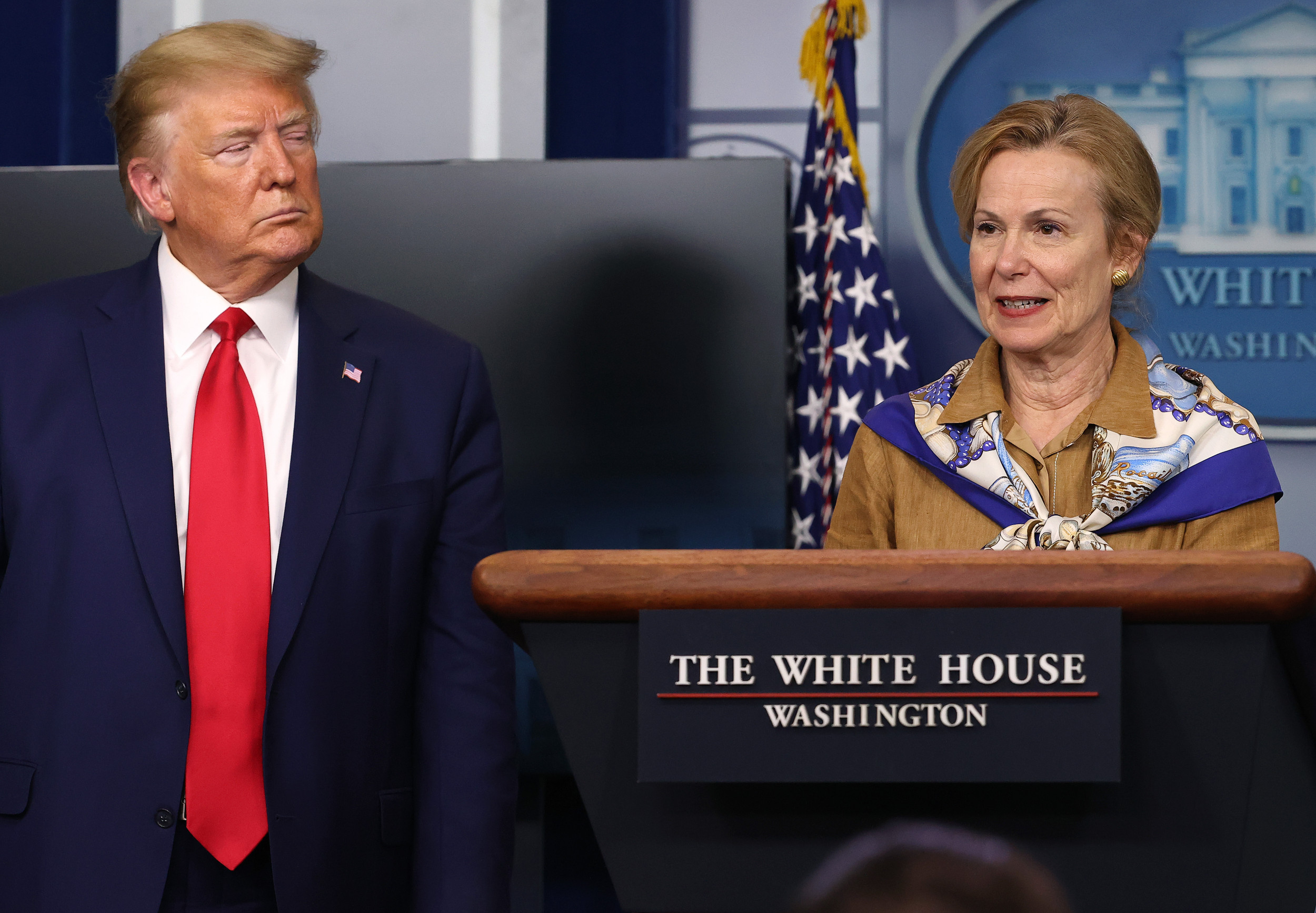 Still, there have already been 11,008 deaths in the U.S., according to the tracker, and projections from Healthdata.org, a website cited by Dr. Deborah Birx, the task force’s response coordinator, estimates that up to 81,766 people could die by August 4. Birx as well as Dr. Anthony Fauci, director of the National Institute ofAllergy and Infectious Diseases, have said the death toll could go as high as 200,000.

Therefore, officials say it’s imperative that every person, including those who are healthy, take the necessary precautions to stop the virus from spreading. This includes staying home, wearing a mask in crowded spaces such as grocery stores and not gathering with other people.

In New York, violating the state’s social distancing protocols can bring a $1,000 fine, Governor Andrew Cuomo announced on Monday. About 35 percent of U.S. cases have been identified in New York, and the governor has criticized the “laxness on social distancing.”

“That is just wholly unacceptable,” Cuomo said. “If you get infected, you infect someone else and you go to an emergency room and you put a burden on all sorts of other people who you do not know, and who frankly you do not have the right to burden with your irresponsibility.”

It’s unclear when the outbreak will officially end, but Trump has expressed confidence that the country will be well on its way to recovery by June 1. Any recovery timeline, officials have said, is dependent on people strictly adhering to social distancing guidelines.