The Mexico-based brewing company of Corona beer is temporarily suspending the production and marketing operations after being deemed a “non-essential” business in the government’s efforts to combat the ongoing outbreak of novel coronavirus in the country.

Grupo Modelo, of brewing group Anheuser-Busch InBev, said in a statement posted to Twitter it will halt work from April 5 and is currently in the process of reducing production in its plants to the “minimum necessary so as not to have irreversible effects for its continuation in the future.”

The Mexican government declared a health emergency after confirming more than 1,500 people had now tested positive for COVID-19 in the country, Reuters reported.

Like many states in the U.S., government measures being put in place to limit the spread of the respiratory disease included the shuttering of “non-essential” business.

Grupo Modelo did not confirm exactly how long its beer production would halt but pledged “total commitment” to fight the outbreak alongside the country’s top officials.

The company noted that agriculture was recognized as essential business, and said it would be ready to ramp up its operations should the classifications on alcohol production be changed. Food production also remains essential, Reuters reported.

The company said, “We are one of the first companies in Mexico to have implemented and strictly followed the hygiene and safety measures recommended by the Mexican Government.

“In the event that the Federal Government considers it appropriate to issue clarification confirming beer as an agro-industrial product, at Grupo Modelo we are ready to execute a plan with more than 75% of our staff working from home and at the same time guaranteeing the supply of beer.”

Grupo Modelo said it was donating 300,000 antibacterial gels that had been produced from beer, a move that follows similar efforts by its parent company to supply the hand sanitizing globally.

In late March, the U.S. and Mexico agreed to restrict all non-essential travel along the U.S.-Mexico land border to prevent the spread of the COVID-19 virus. The non-essential movement included travel that is considered as “tourism or recreational in nature,” the U.S. embassy website states.

As COVID-19 spread, it was claimed that sales of Corona beer were being negatively impacted due to the similarities in its name and branding. This was denied by Constellation Brands, which handles the U.S. distribution of the beer and told CNN that sales had grown during the outbreak.

Constellation Brands Inc. reported “higher-than-expected” profits this week and said the Corona Brand Family had in fact jumped by close to 5 percent during Q4 2020, Forbes reported. The suggestion sales tanked in early 2020 was branded as false after an investigation by fact-checking site Snopes. 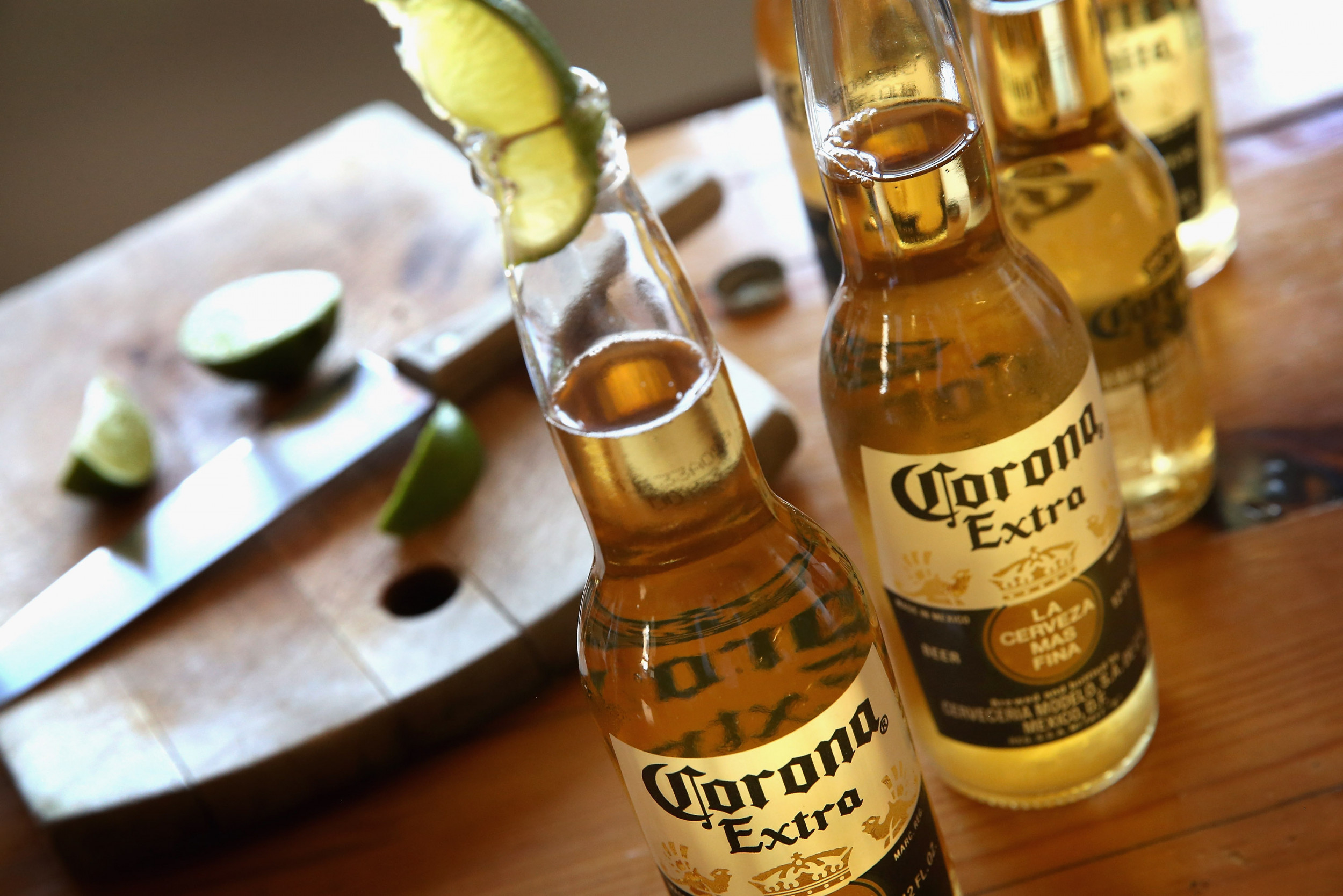