Presidents face difficult decisions every day, but most of those decisions get lost in time. They are catalogued by historians and occasionally dug up by freelance journalists or college students, but mostly they fade into a silent, unseen part of the past.

Then there are those decisions that stay on our minds, at our lips and in our hearts. They become a part of our collective whole, woven into our American sense of self.

It is Lincoln deciding to force a Civil War. It is FDR entering WWII after Pearl Harbor. It is Truman agreeing to establish the State of Israel. It is Kennedy blockading Cuba. It is Ford pardoning Nixon. It is Reagan walking away from Reykjavik and deciding to bring the Cold War to a head. Decisions like these can change the course of American civilization; even alter the course of human history.

President Trump now finds himself faced with that exact sort of critical decision regarding containing the Chinese Coronavirus and reopening of the American economy.

None of the great figures of Shakespeare — Othello, Macbeth, Hamlet, King Lear – each famous for tragic decisions – could have handled this moment as scripted.

Neither Shakespeare nor any writer of fiction would place this choice before their protagonist. It is, however, the one that fate has chosen for this president.

This situation is far more unique than any of those faced by other presidents mentioned previously. All of those had the historian’s pages to flip through for reference. This is a first. Never in our post-industrial revolution era has an economy decided to stop itself (as has been part of the case), neither has a government asked it to do so (the other part of the case). There is no playbook, there is no precedent. This is a scenario about which no other leader can call and offer advice. 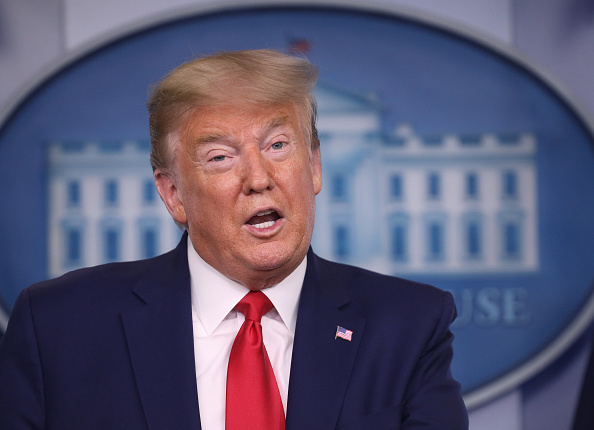 Joe Biden said he wants to be helpful. Even if that were true, he has no experience that lends itself to understanding the burden which now rests upon the president’s shoulders. The same could be said of former Presidents Bill Clinton, Barack Obama, George Bush and Jimmy Carter. All have remained relatively silent. That’s because the only human being that has the experience to manage a government-induced economic coma is the current occupant in the Oval Office.

This truly is Shakespearean (maybe Scorsese) in how this story arc is playing out up to this point in the president’s term of office. A rough and gritty businessman from New York who defies all expectations by taking office despite a deeply hostile political establishment. That was just the beginning. He then goes on to survive deep state attacks, a two-year witch hunt investigating baseless allegations, and finally, his opponents attempt to remove him from office in the most bitterly partisan impeachment in the nation’s history. He experiences all that while managing to bring about an economic renaissance in the country, and just as he seems to have emerged victorious, an old nemesis, China, sends the greatest challenge yet.

What is the challenge he faces? Simply put:

Does he decide to reopen the American economy in order to avoid a cataclysmic decline in America’s economic health that could last more than a generation, (acknowledging that this will lead to more cases of the virus and more deaths), or does he double down on the containment strategy and “wait out” the virus, hoping that mitigating the disease’s spread doesn’t completely destroy the country?

It is time for President Trump’s new Wollman Rink moment.

Popularized in the Art of the Deal, the Wollman Rink story is one I share in great detail in my recent book, The MAGA Doctrine. The Central Park rink, which was opened originally in 1950, found itself in need of complete renovations by the start of the 1980’s. The city of New York decided to undertake the project, and typical of anything run by bureaucrats and politicians, the project ran into massive delays and cost overruns. By 1986, there was no end in sight.

Businessman Donald Trump approached Mayor Koch and told the mayor, in essence, “give me the project, give me the rink, and I will get it completed within six months.” The city took the deal and team-Trump finished the project two months early and $750,000 under budget. Today, it is a beautiful recreation center for the residents of New York and tourists from around the world.

Now, as President Trump is faced with the most important decision anyone in his office has faced in decades, he must look at this as his “Wollman Rink” moment; one where he delivers a result no one could have expected, in record time, against the projections of all the “experts”.

Much has surfaced over the past week as to how some of the forecasts and models regarding hospitalizations, ICU beds, and the overall mortality rate of this virus may have been either misleading or exaggerated. These are the models upon which the administration is currently basing much of its decision making. This is not the place for a recitation of those reports. They are easy to find. But no matter the ultimate cost of this virus, it is not the only cost to consider.

Every day the economy is shut down it means more suicides, bankruptcies, broken families and lost futures. I believe providence and fate have placed President Trump in office for exactly this place and time, and I am confident he will make the decision that will stun his critics, turn doubters into believers and restore the greatness of American all over again.

Time to get back to work, Mr. President, let’s build that rink.

Charlie Kirk is the author of the New York Times bestseller “The MAGA Doctrine: The Only Ideas That Will Win the Future” (Broadside Books) and host of “The Charlie Kirk Show.“