Shaun Lamar Moore, 40, of Davis, was arrested just before noon on Sunday after an officer saw him riding his bicycle across an overpass, the Davis Police Department said. The suspect faces burglary charges and has been booked into the Yolo County Jail.

One day before Moore’s arrest, officials at Sutter Davis Hospital told police that a man stole a coronavirus specimen that was awaiting lab testing from the facility at roughly 1:40 p.m. local time, and escaped the scene on a bike, according to a news release.

The sample was eventually found on West Covell Boulevard inside a pharmacy shopping cart at around 6:15 p.m. that same day. The hospital confirmed that the COVID-19 test sample had not been tampered with.

Moore was identified by police as the suspect whose image was caught on surveillance cameras in the hospital. The accused’s motivations are currently unclear.

“Police are familiar with Moore and are determining whether any mental health conditions played a factor in this incident,” the department said. “Although the incident is very serious, detectives do not believe he intended to harm himself or others.”

Newsweek reached out to the Davis Police Department for additional information.

On Sunday afternoon, more than 560,000 individuals had tested positive for the coronavirus in the U.S., over 22,000 deaths and 32,000 recoveries. A large portion of the cases–about 189,400–are in New York state, where more than 9,000 individuals have died from the novel virus.

Local health officials have warned that limited testing and the lack of symptoms in some individuals could mean the total number of confirmed cases under counts the virus’ real spread in the community.

California Governor Gavin Newsom says the number of total confirmed cases is now under the figure predicted by experts as the virus outbreak emerged several weeks ago. Newsom has credited the strict measures the state put in place in the early stages, such as shutting down nonessential businesses and mandating that residents stay at home.

Moore’s arrest comes one day after six people were hospitalized in Bakersfield after a shooting broke out at a party, which happened despite the statewide stay-at-home order. Police are searching for four suspects after being called to the scene shortly after midnight. “Unfortunately, it came to a bad end,” Kern County Sheriff’s Lt. Cesa Ollague said, according to USA Today. 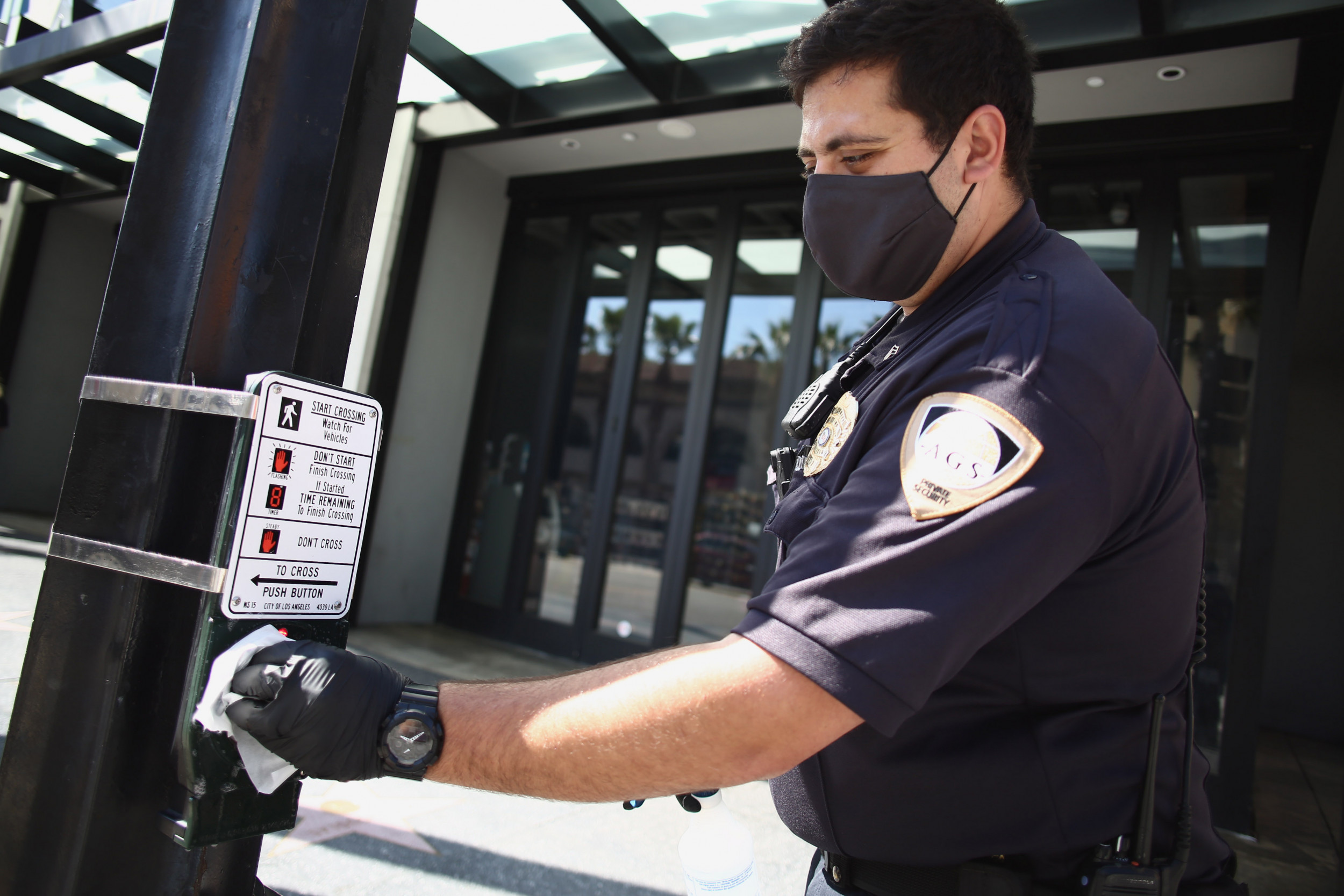