The Boston Globe‘s editorial board published a scathing editorial this week calling President Donald Trump “unfit” to lead amid the coronavirus pandemic, arguing that he has “blood on his hands.”

The editorial, called “A President Unfit For a Pandemic,” argued that much of the projected loss of life from coronavirus was preventable. They wrote that death and suffering will be the result of failed leadership, not uncontrollable circumstances.

“While the spread of the novel coronavirus has been aggressive around the world, much of the profound impact it will have here in the United States was preventable. As the American public braces itself for the worst of this crisis, it’s worth remembering that the reach of the virus here is not attributable to an act of God or a foreign invasion, but a colossal failure of leadership,” the editorial board wrote. 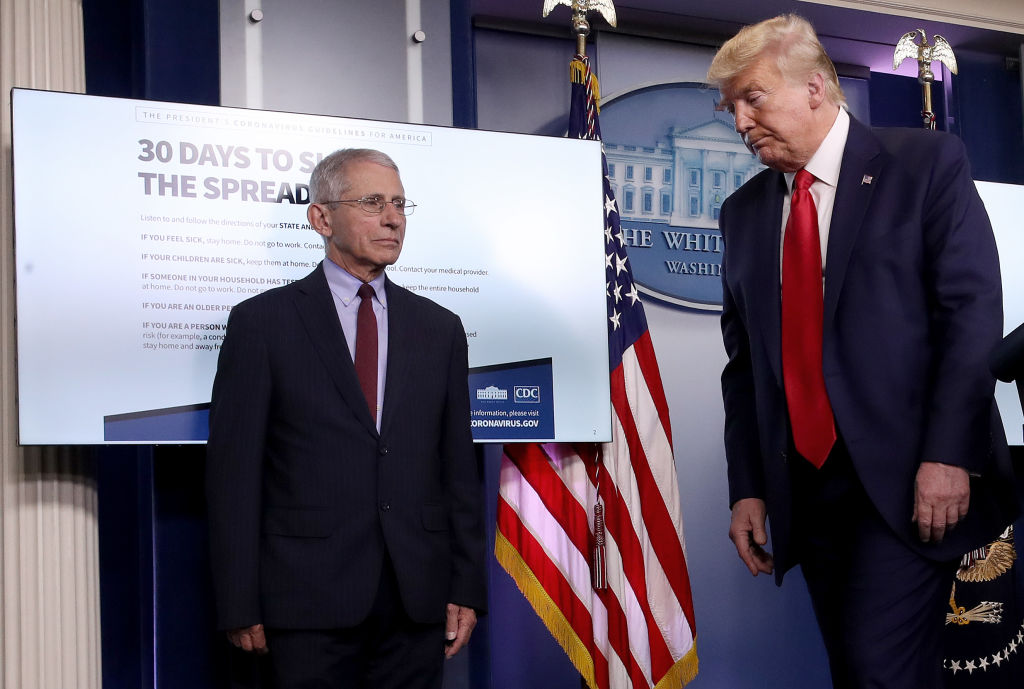 Newsweek has reached out to the White House for comment but representatives had not responded by the time of publication.

In the article, the board laid out how Trump initially appeared to prioritize short-term stock market gains over the “country’s well-being.” They explained how the president downplayed the risk from coronavirus by repeatedly comparing it to the common flu and insisting the government had it under control when it actually did not.

“Timing is everything in pandemic response: It can make the difference between a contained local outbreak that endures a few weeks and an uncontrollable contagion that afflicts millions. The Trump administration has made critical errors over the past two months,” the board wrote.

Trump has faced significant criticism from health experts and lawmakers over his handling of the coronavirus outbreak. In addition to downplaying the severity of the virus, the government was slow to roll out testing on a large scale. As a result, officials were unable to isolate infected individuals and track the growing pandemic within the country as it spread rapidly.

“It’s not too much for Americans to ask of their leaders that they be competent and informed when responding to a crisis of historic proportions,” The Globe‘s editorial board noted. “Instead, they have a White House marred by corruption and incompetence, whose mixed messages roil the markets and rock their sense of security.”

NBC News host Chuck Todd asked Democratic presidential candidate Joe Biden on Sunday during an interview whether he believed Trump had “blood on his hands” due to his handling of the crisis. The former vice president, however, said that he believed that characterization was “a little too harsh.”

But Democratic Speaker of the House Nancy Pelosi made a similar argument during a Sunday interview with CNN. She argued that many of the president’s decisions had resulted in “deadly” consequences.

Hogan Gidley, the White House deputy press secretary, criticized Pelosi’s remarks in a statement to Newsweek on Sunday. “America is coming together in the face of this crisis like never before, and it’s disgraceful that instead of praising the American spirit, Speaker Pelosi seeks to stoke hatred and fear for political gain,” Gidley said.

As of Wednesday morning, the U.S. had nearly 190,000 confirmed cases of coronavirus. More than 4,000 people have died due to COVID-19, the disease caused by the novel virus, while more than 7,100 have recovered. On Tuesday, the White House projected that the U.S. should be prepared to see some 240,000 deaths in the coming weeks.

Meanwhile, South Korea, which experienced its first case of coronavirus at the same time as the U.S., has successfully curbed the spread of the novel virus. As of Wednesday, the country only had 9,887 confirmed cases and just 165 deaths. South Korea accomplished this through large scale testing, which allowed the government to track the spread and quickly isolate those infected.