Since her acrimonious split from Hollywood star Johnny Depp in 2016, she’s been linked to several high profile male suitors.

But on Sunday, Amber Heard engaged in some very public affection with a galpal in Palms Springs.

The pair were seen kissing as they left a hotel in the upscale Southern California resort town before engaging in some heavy PDA in Heard’s vintage Ford Mustang car.

New romance: Amber Heard engaged in some very public affection with a new galpal on Sunday. The pair were seen kissing outside a hotel in the California resort town of Palm Springs

The Aquaman star, who was in a four-year relationship with photographer Tasya van Ree before falling for Depp on the set of 2011’s Rum Diary, laughed and joked with her friend as they waited for the hotel valet to bring round her car.

The mystery woman is Bianca Butti, a cinematographer based in Los Angeles.

They appeared to be looking at something on a phone before Butti placed a hand tenderly on Heard’s hip and moved in for a kiss.

Heard, 33, reciprocated, closing her eyes and leaning towards her 38-year-old girlfriend.

Happy: The Aquaman star, 33, laughed and joked with her friend Bianca Butti, 38, who is a cinematographer based in Los Angeles 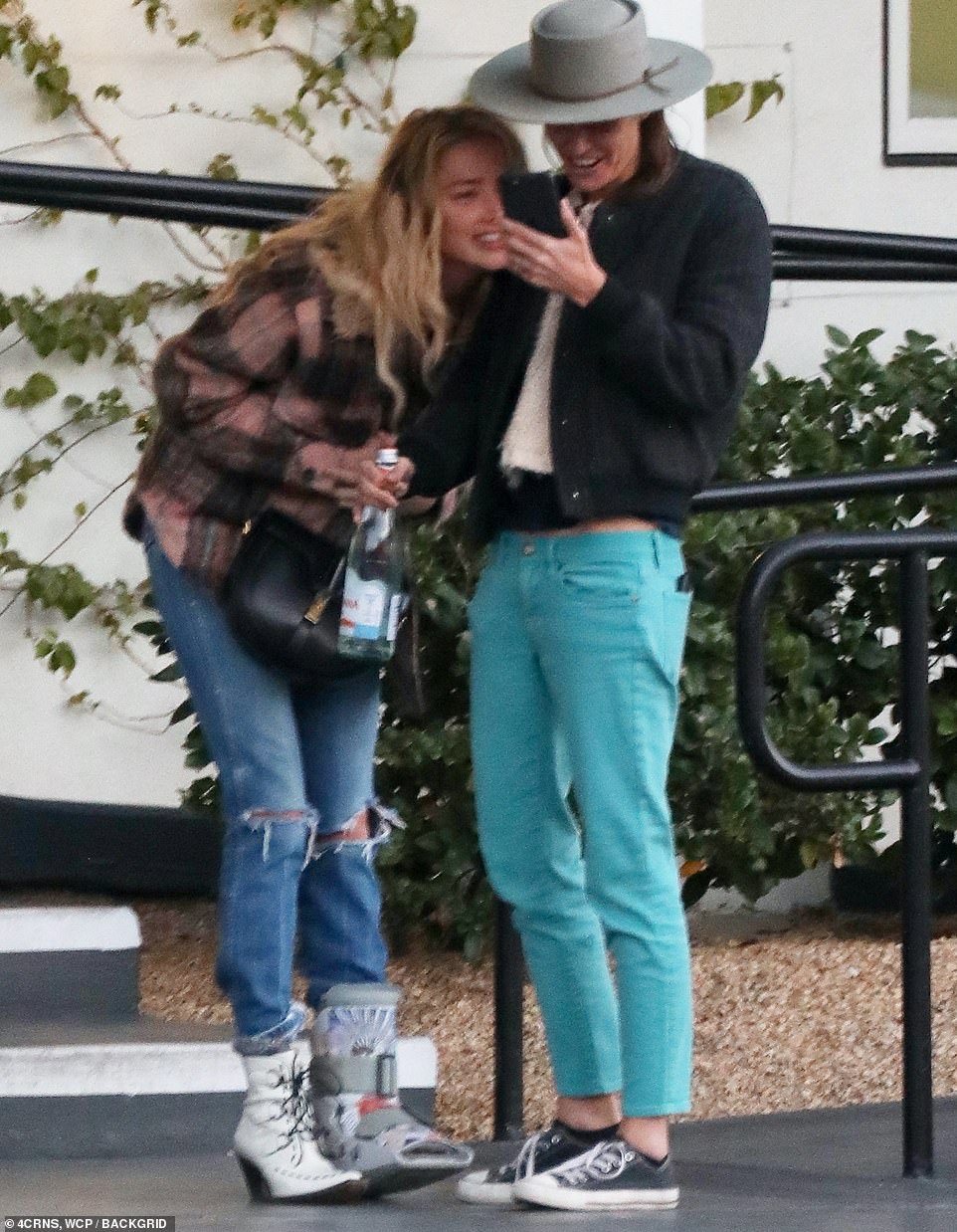 Shared a laugh: They appeared to be highly amused by something on Butti’s cell phone 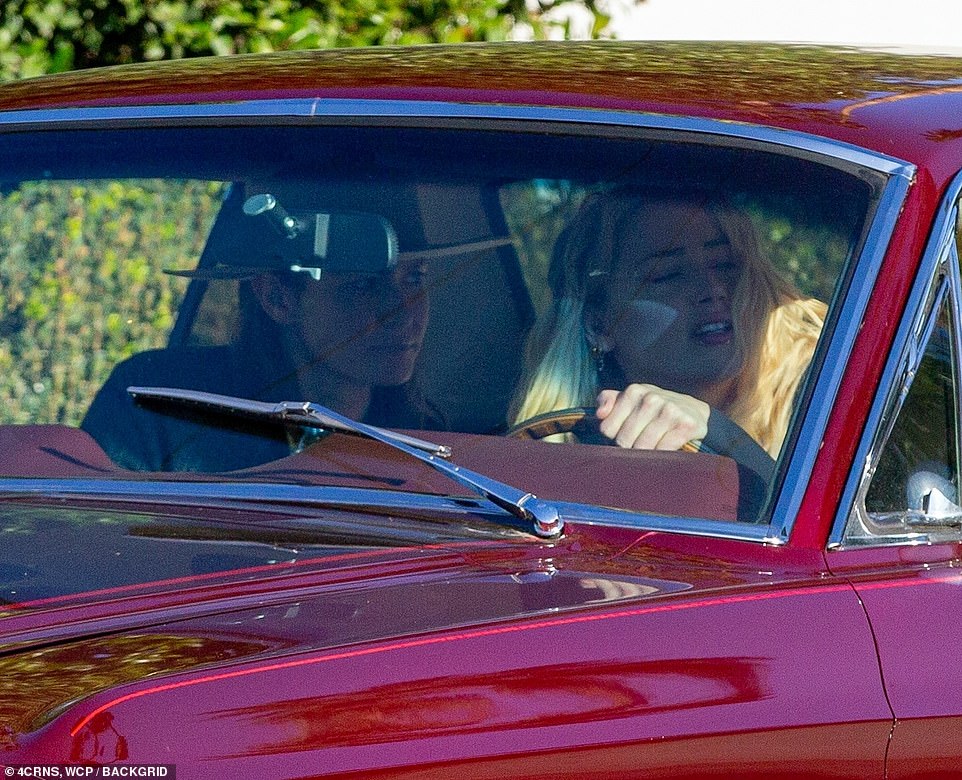 Together: The two drove off with Heard behind the wheel 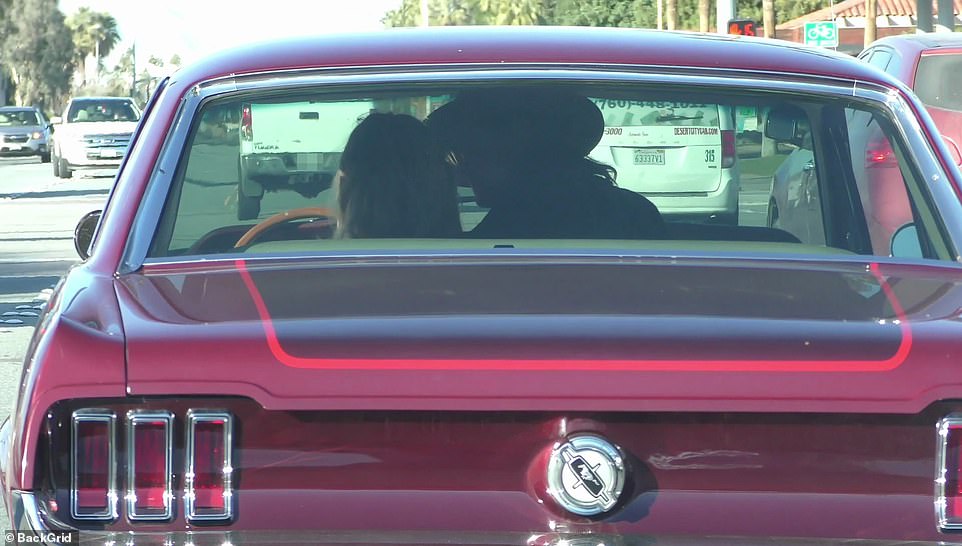 Mind the road: But they clearly couldn’t keep their hands off each other 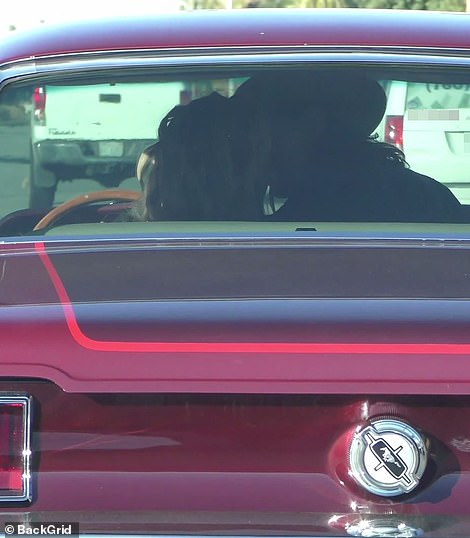 Only eyes for each other: Despite the traffic around them, Heard and Butti indulged in a steamy make-out session

The blonde, who left her long hair loose, wore a white lace-up ankle boot on her right foot and a medical boot on her left.

It’s not known how the actress suffered an injury but she has been wearing the boot since the beginning of the year.

But had on a cropped white sweater under a black knit cardigan and added turquoise pants and dark sneakers.

She completed her look with a gray fedora over her long dark hair. 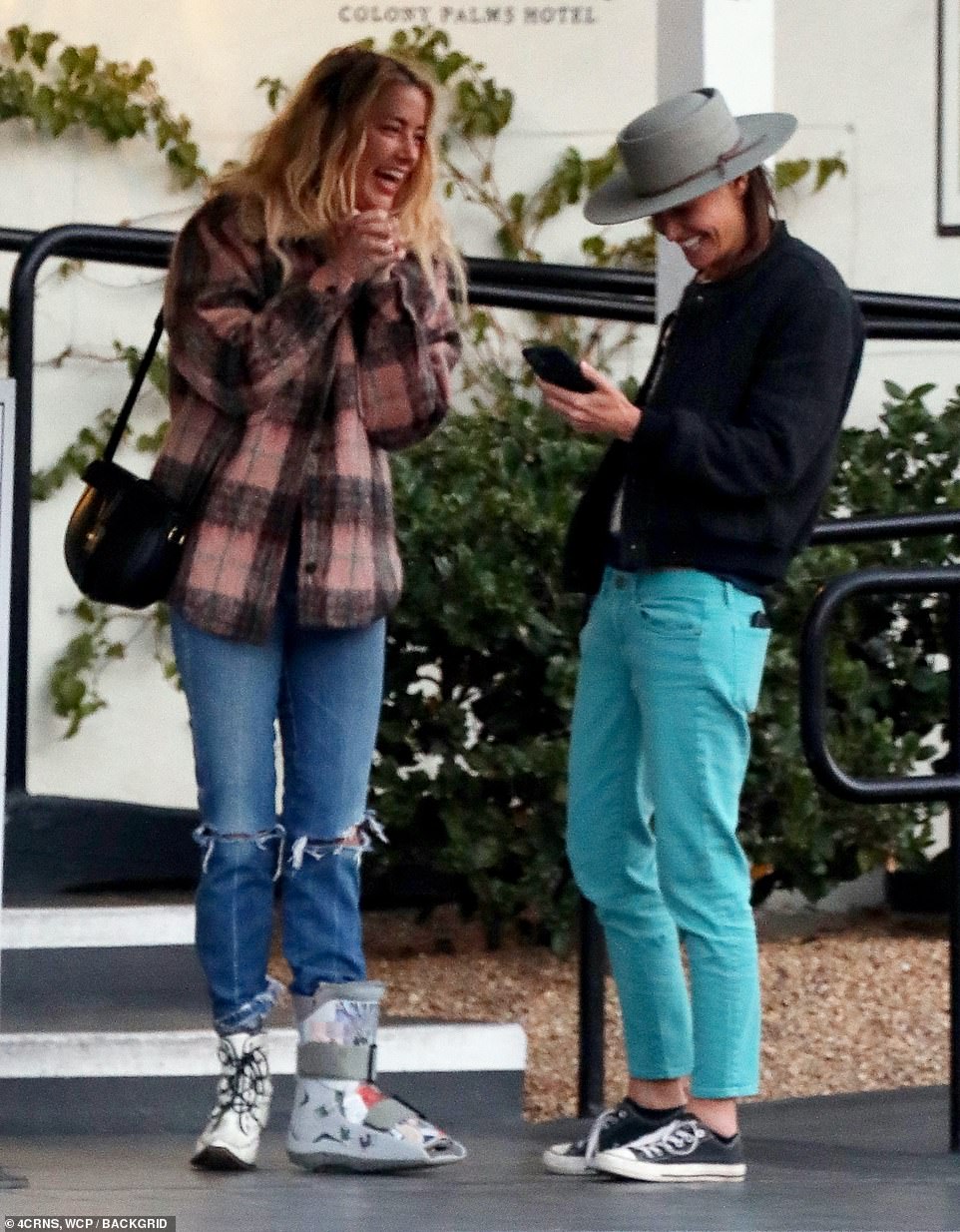 Relaxed: Heard looked casually stylish in a baggy plaid shirt and blue skinny jeans ripped at the knees and she left her long blonde hair loose 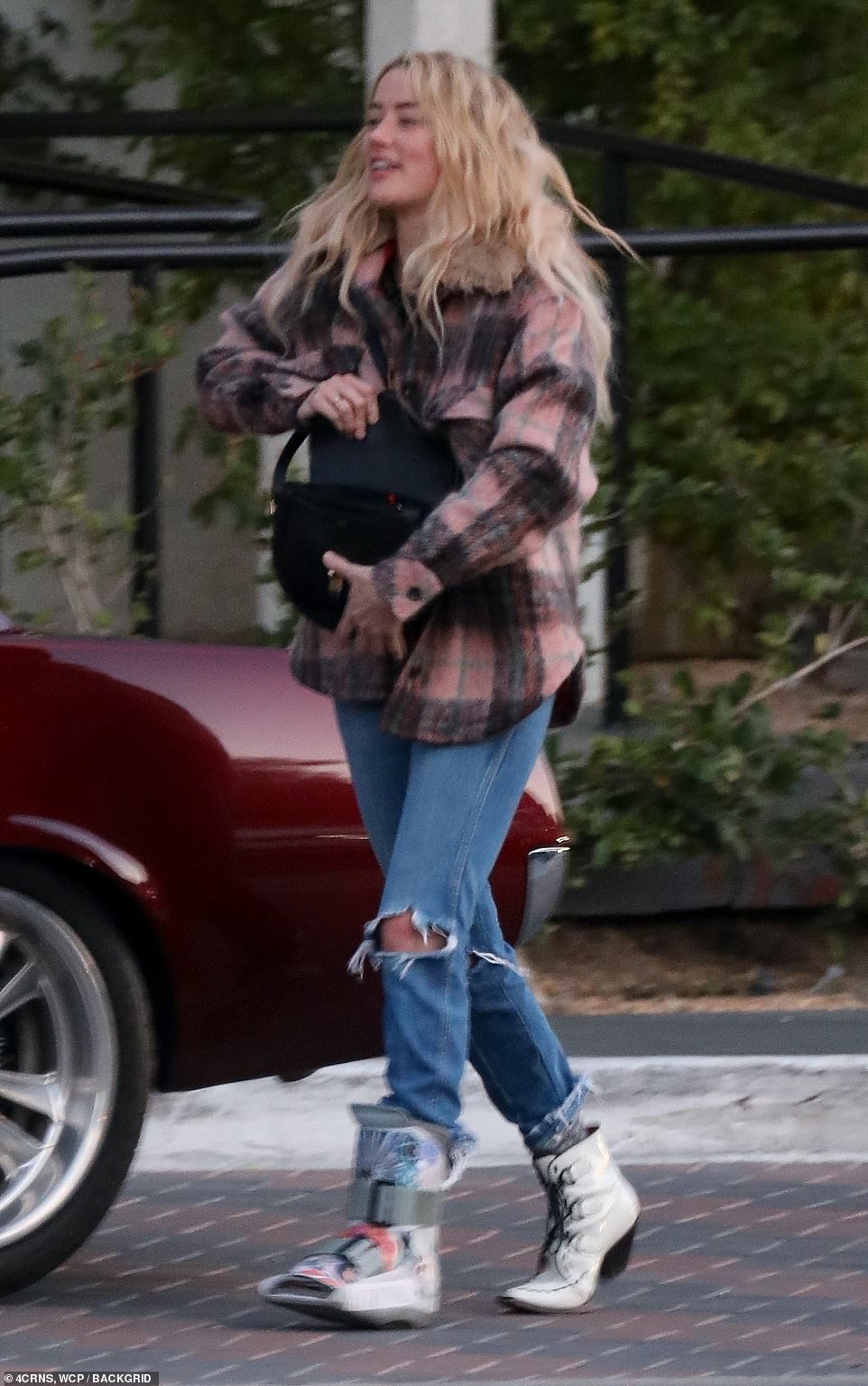 Hurt: The actress wore a white lace-up ankle boot on her right foot and a medical boot on her left. It’s not known how or when the actress suffered an injury but she’s been wearing the boot since the beginning of the year 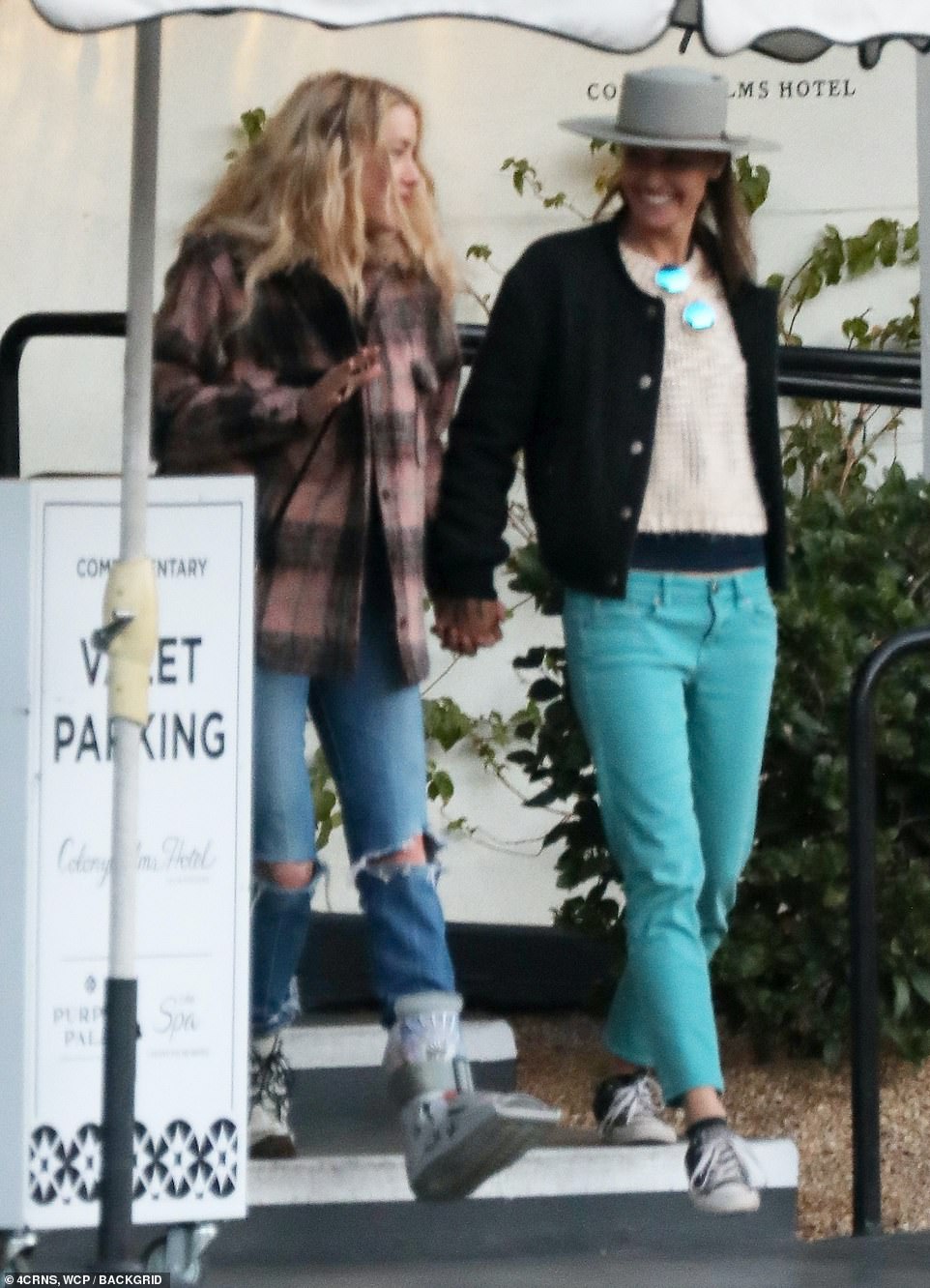 Fine: Butti had on a cropped white sweater under a black knit cardigan and added turquoise pants and dark sneakers 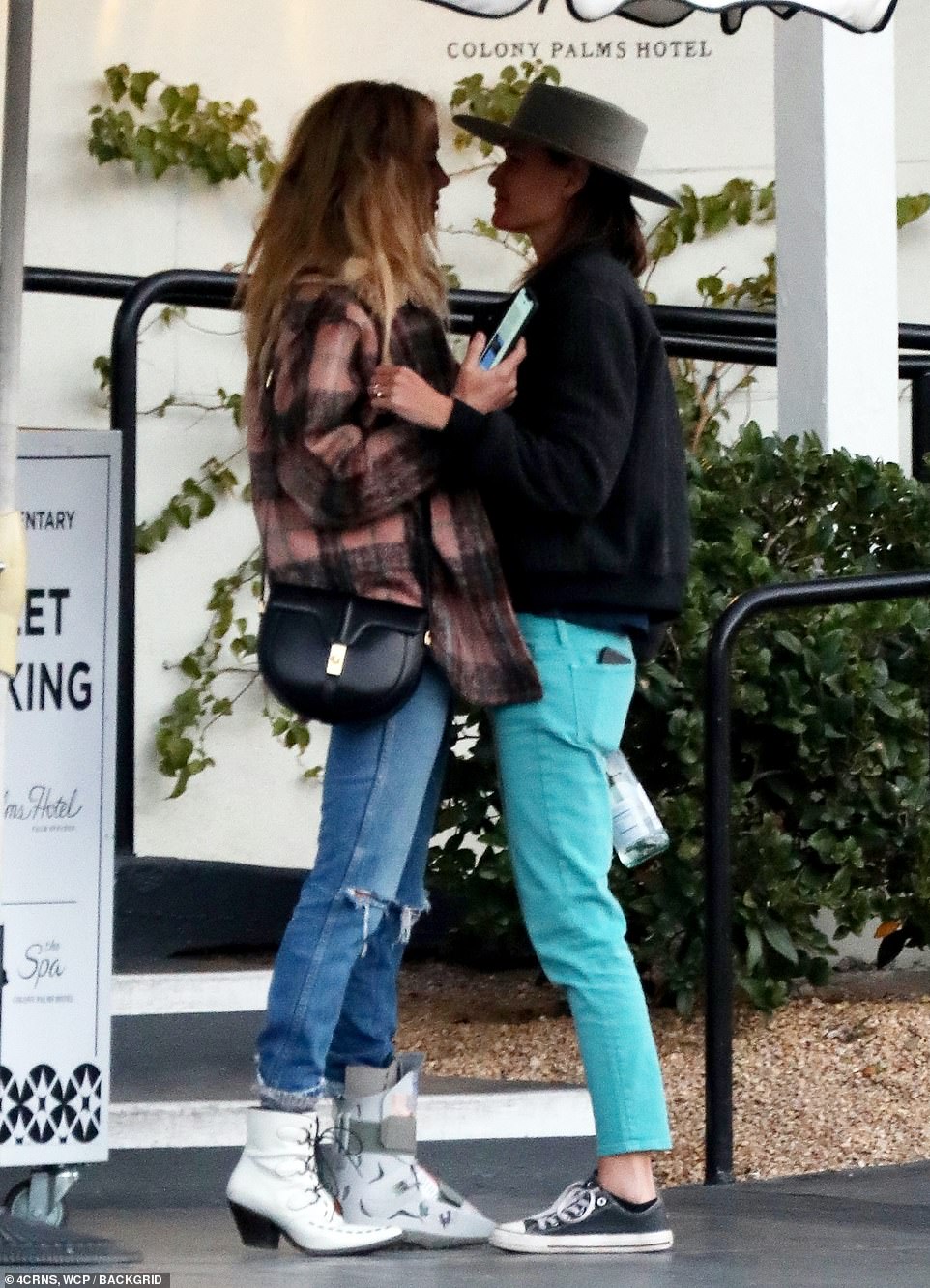 Snazzy: Butti completed her look with a gray fedora over her long dark hair 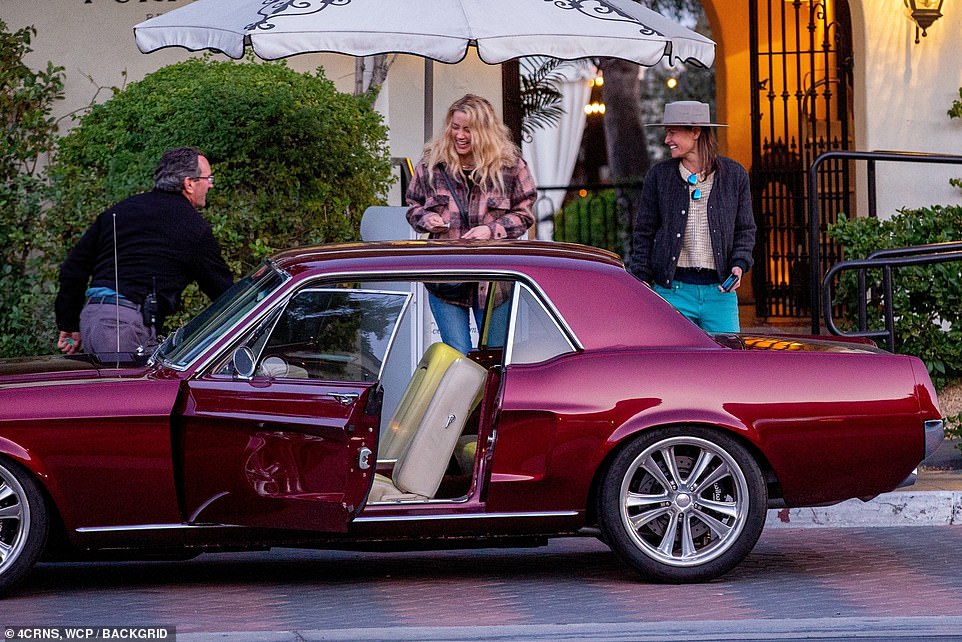 Her pride and joy: Another great love of Heard’s life is her classic 1968 cherry red Ford Mustang

Butti is credited on her IMDb page as the cinematographer for several episodes of Love & Hip Hop: Atlanta that aired in 2013.

She is also credited on the upcoming Bella Thorne movie Leave Not One Alive and the thriller Uncanny along with a handful of other independent films and shorts.

In August last year, friends of Butti set up a GoFundMe page for her, saying she needed financial help to cover the costs of breast cancer treatment.

In a note on the fundraising page, Butti explains that she was first diagnosed with the disease in 2015 and that it returned in March 2019.

Since she was seeking ‘alternative’ treatments, she said, her insurance wouldn’t cover much of it and she was hoping to raise $60,000 to cover her bills and pay for two more years of therapies. 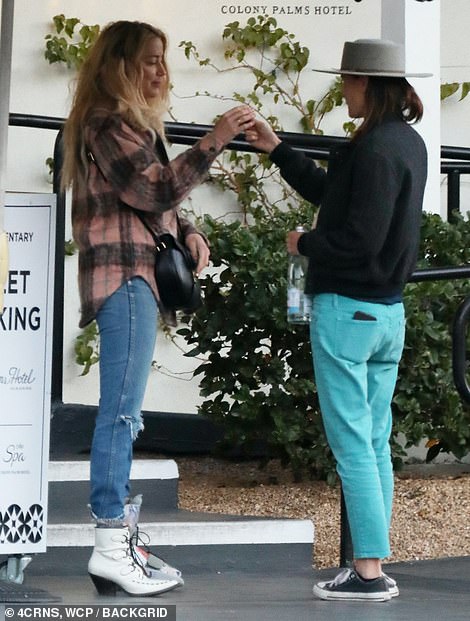 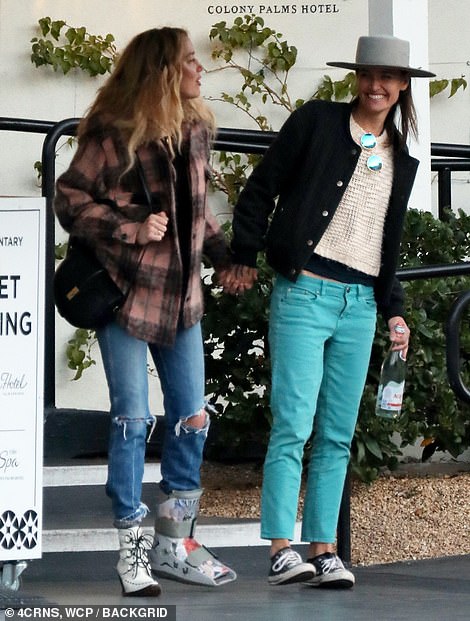 Came out in 2010: Heard had a four-year relationship with a woman before marrying Depp. After their messy 2016 split, she’s been linked to Elon Musk, Vito Schnabel and Andy Muschietti 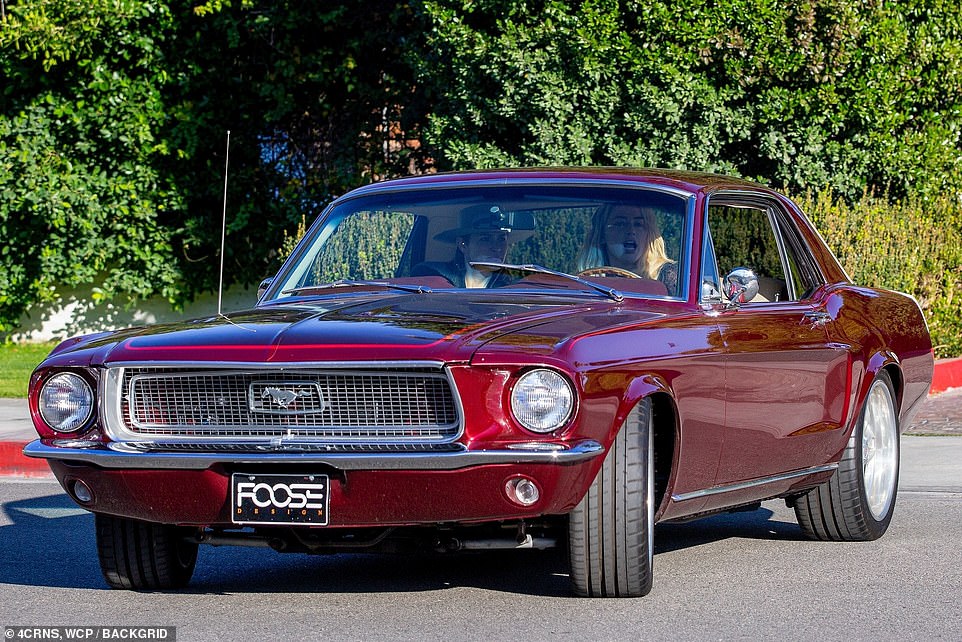 $50 million lawsuit: Heard is being sued for defamation by her former husband after she wrote an op-ed about being the victim of domestic violence which he says suggest he’s an abuser 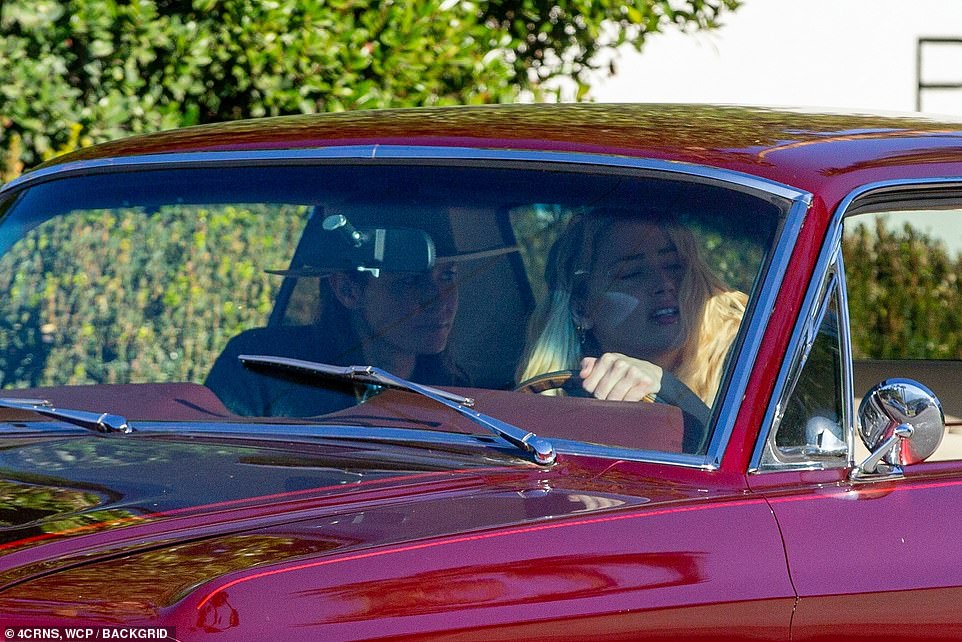 Superhero franchise: Since her high profile marriage, the actress landed the role of Mera in the DC Comics films Justice League and Aquaman 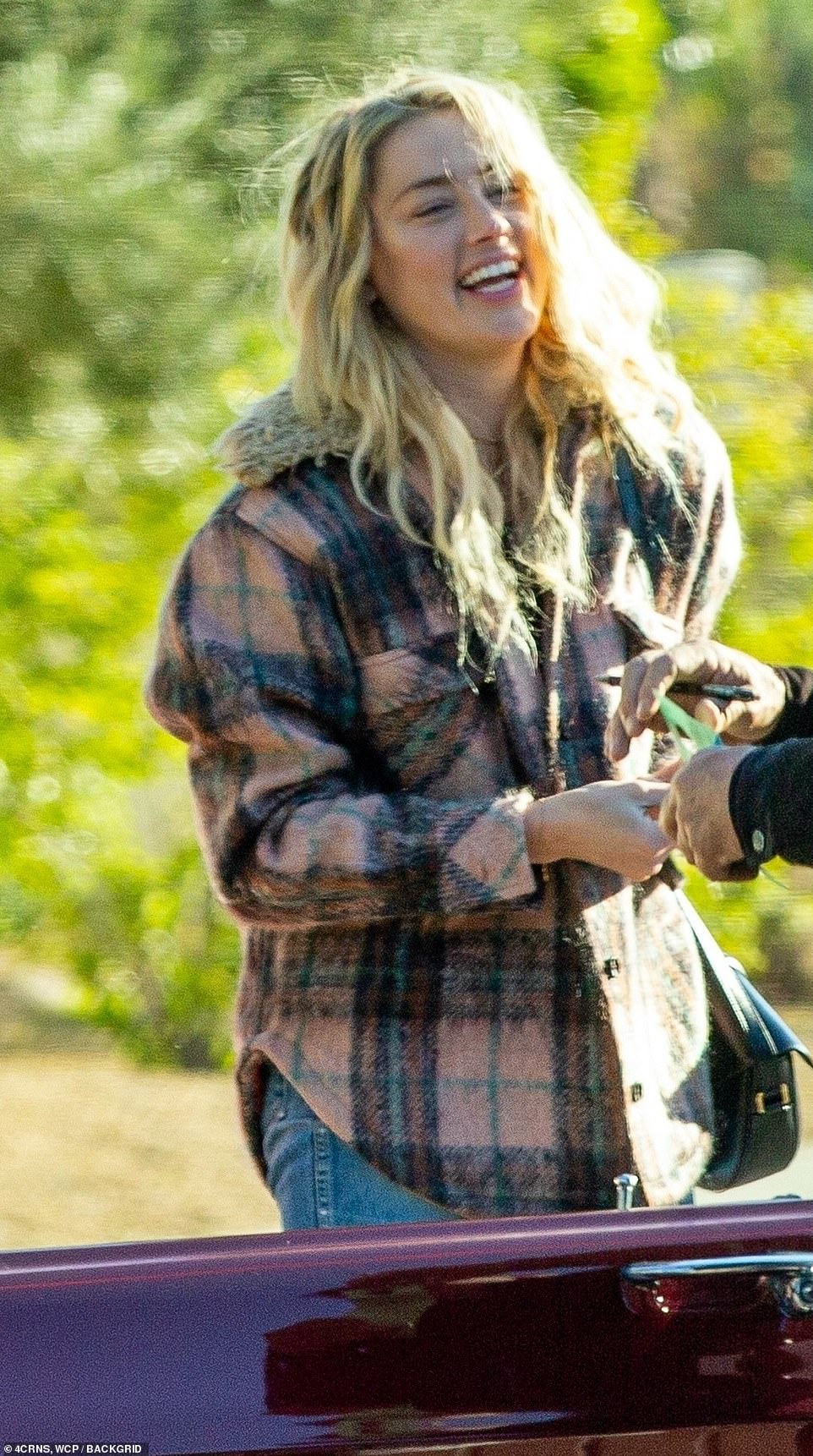 They were together for several months before calling it quits in early 2018.

Musk is now dating Canadian singer Grimes who announced last week that she is expecting a baby.

Heard then moved on to Heidi Klum’s ex Vito Schnabel and the couple was photographed locking lips while at the Wimbledon tennis championships in London, England, in July 2018.

By March 2019, Schnabel was out and in was Argentinian director Andy Muschietti who helmed the 2013 horror film Mama and the big-screen adaptation of Stephen King’s It, released in 2017. 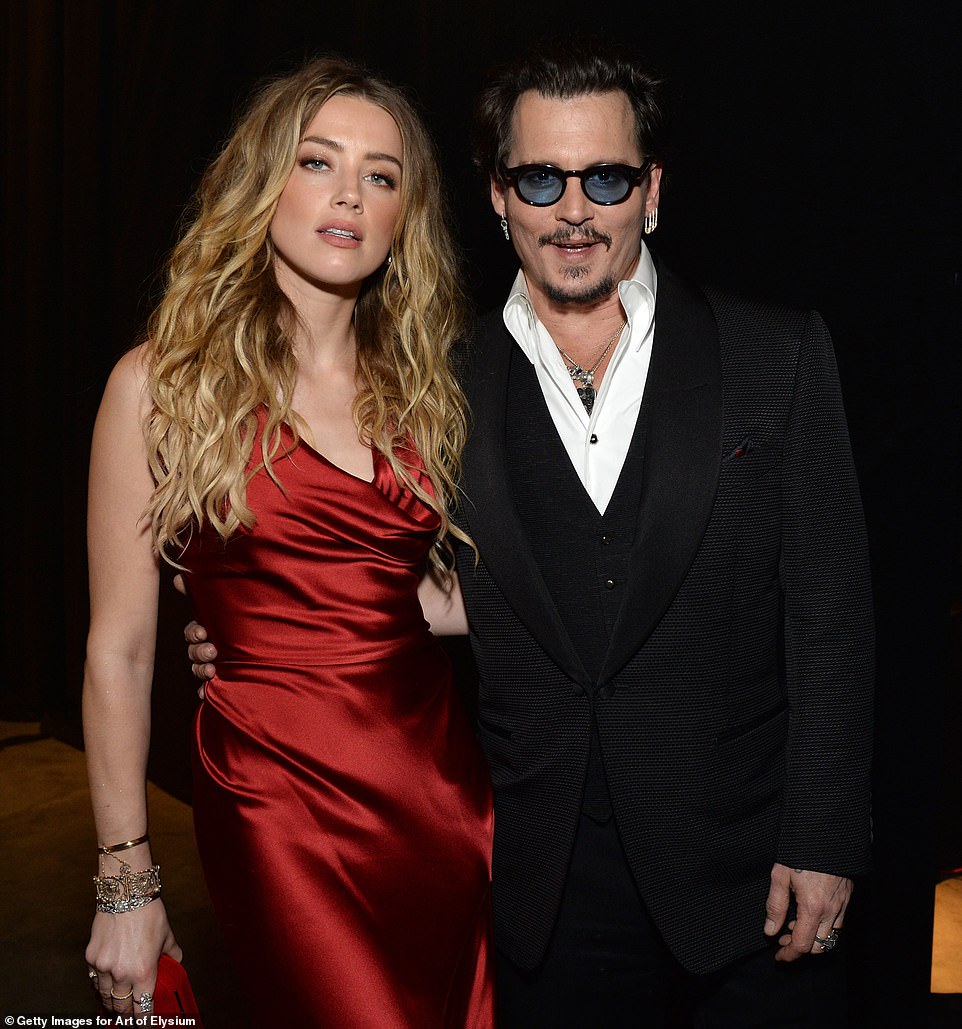 Heard and Depp married in February 2015, broke up in May 2016 and finalized their acrimonious divorce in January 2017 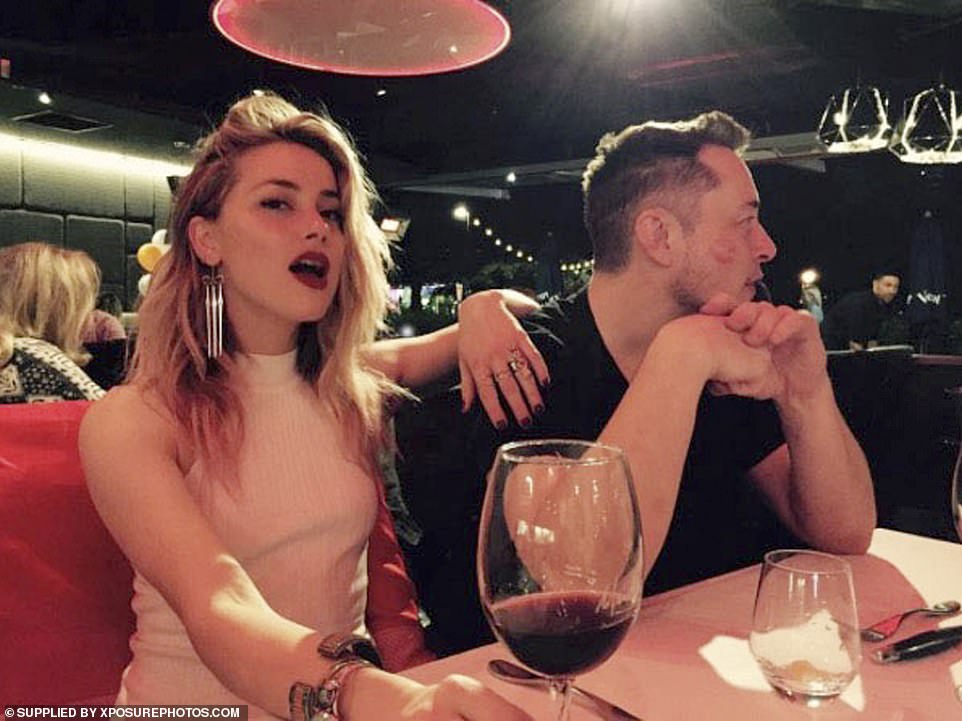 Following the end of her marriage to Depp, Heard started dating tech entrepreneur and Tesla CEO Elon Musk. They were together for several months before calling it quits in early 2018 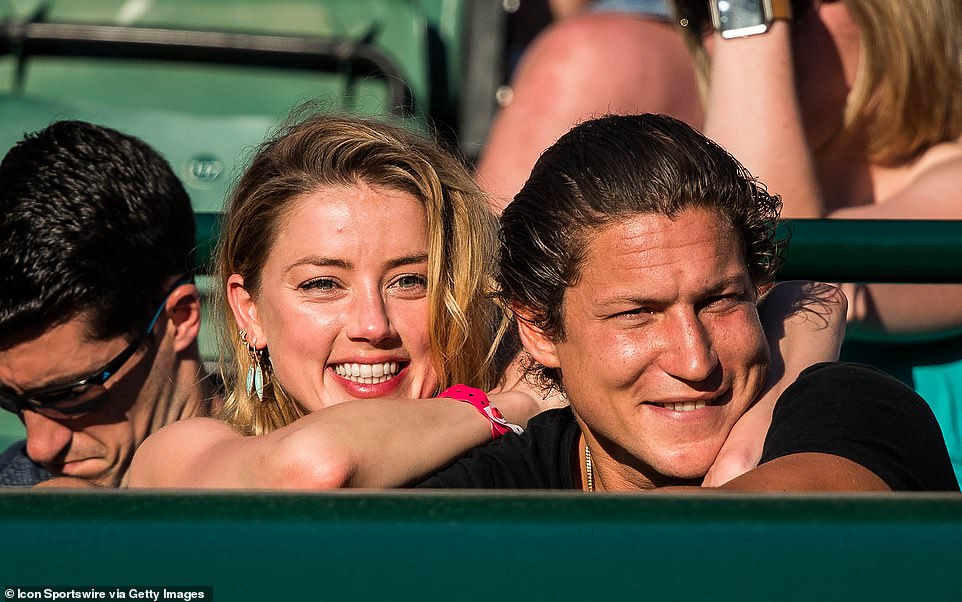 Heard then moved on to Heidi Klum’s ex Vito Schnabel and the couple were photographed locking lips while at the Wimbledon tennis championships in London, England, in July 2018 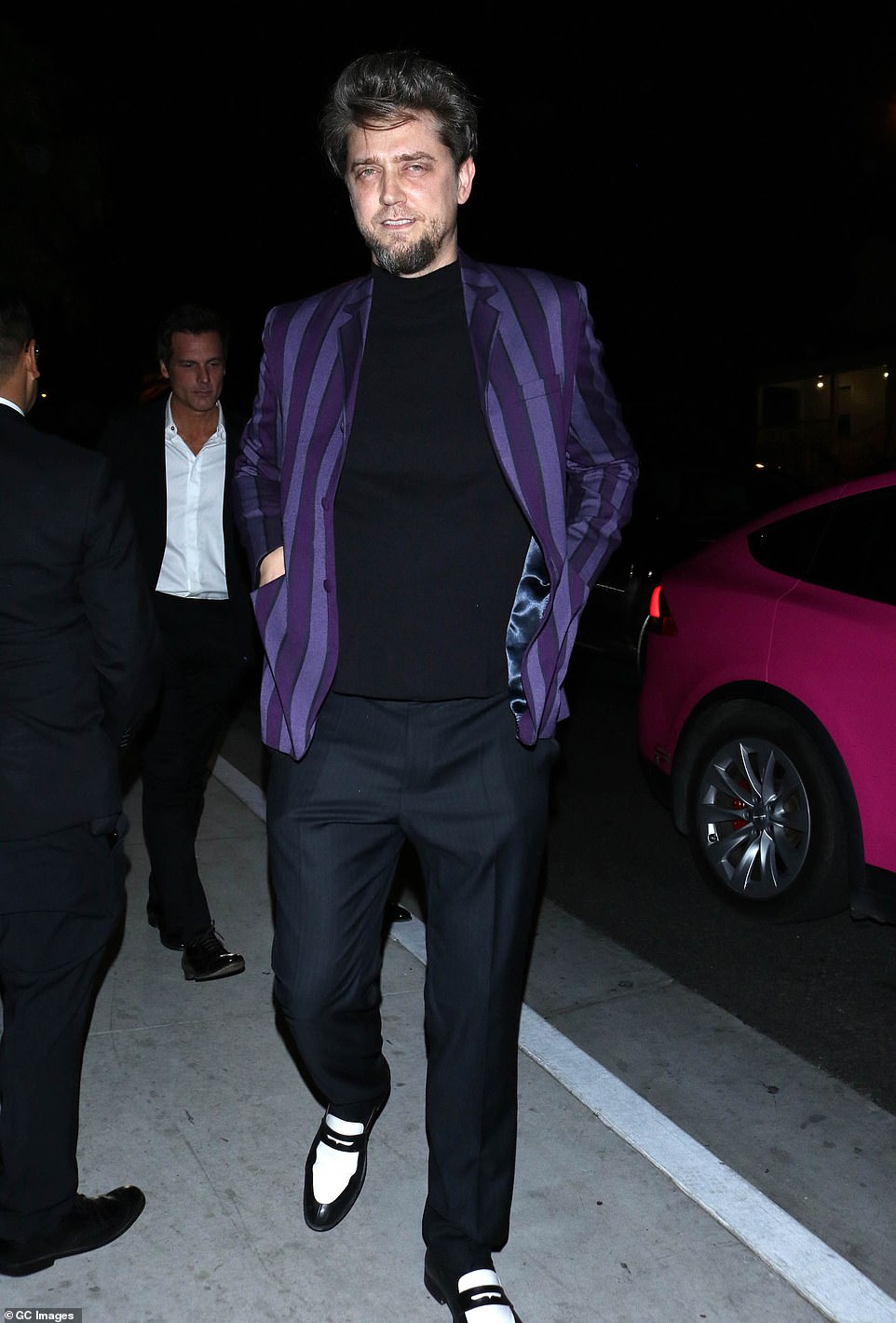 By March 2019, Heard was with Argentinian director Andy Muschietti who helmed the 2013 horror film Mama and the big-screen adaptation of Stephen King’s It, released in 2017

Heard is still dealing with the fall out from her breakup with Depp, whom she married in 2015. Their divorce was finalized in January 2017.

She accused the Pirates Of The Caribbean star of domestic violence when they broke up, claiming he had thrown a cell phone at her which hit her in the face, and initially got a restraining order against him.

Their divorce was eventually settled with the actor playing the actress $7 million, which she subsequently donated to charity.

In March 2019, the Black Mass and Finding Neverland star filed a $50 million defamation suit against Heard for her 2018 domestic violence op-ed published in The Washington Post even though she did not mention him by name.

In April 2019, in response to the suit, the actress whose credits also include Magic Mike XXL and The Danish Girl repeated her allegations of domestic abuse against Depp.

She described a number of incidents when Depp alleged beat and choked her while he was under the influence of drugs and alcohol in the complaint obtained by The New York Post.

For his part, Depp called his ex-wife’s claim an ‘elaborate hoax’.

He has long denied her allegations and has instead claimed that she repeatedly violently attacked and severely injured him.

In the defamation lawsuit, Depp claims Heard threw a glass vodka bottle at him and caused the bones in the tip of his right middle finger to shatter. 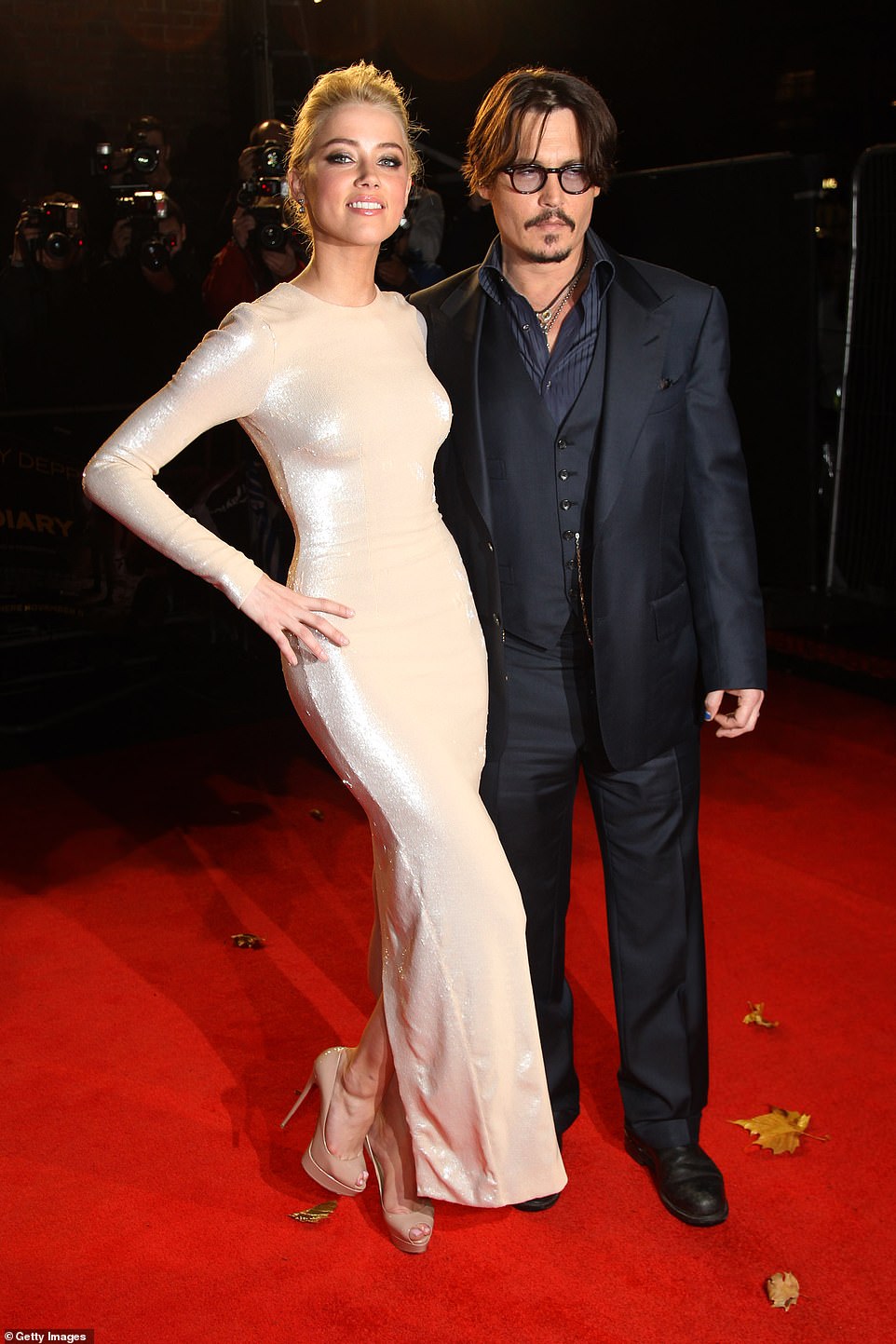 Early days: Heard and Depp met on the set of the film The Rum Diary. They’re pictured at the film’s European premiere in London in November 2011 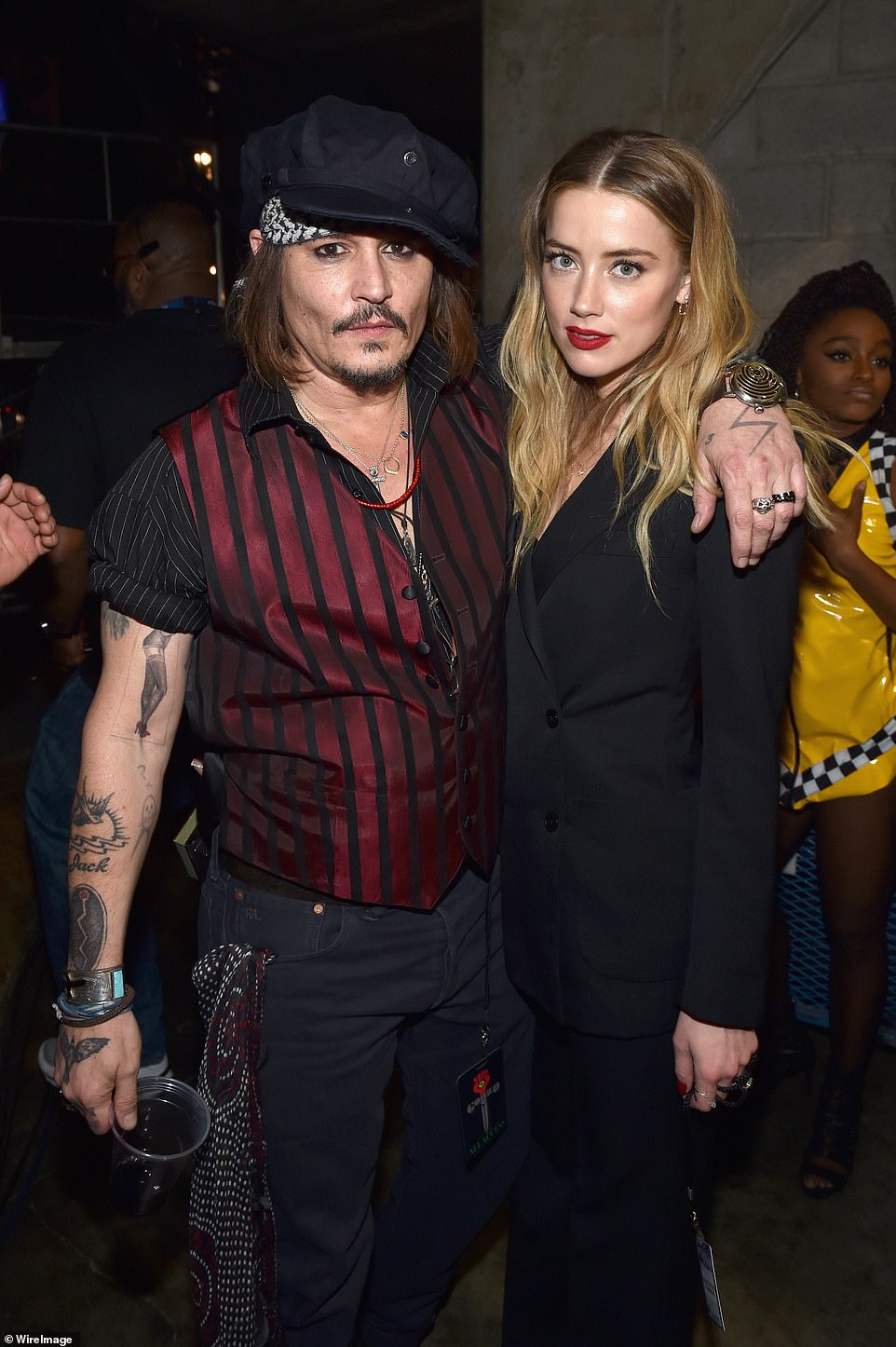 Heard has accused Depp of multiple episodes of abuse during their relationship while he denies her allegations, calling them an ‘elaborate hoax’. They’re pictured in February 2016 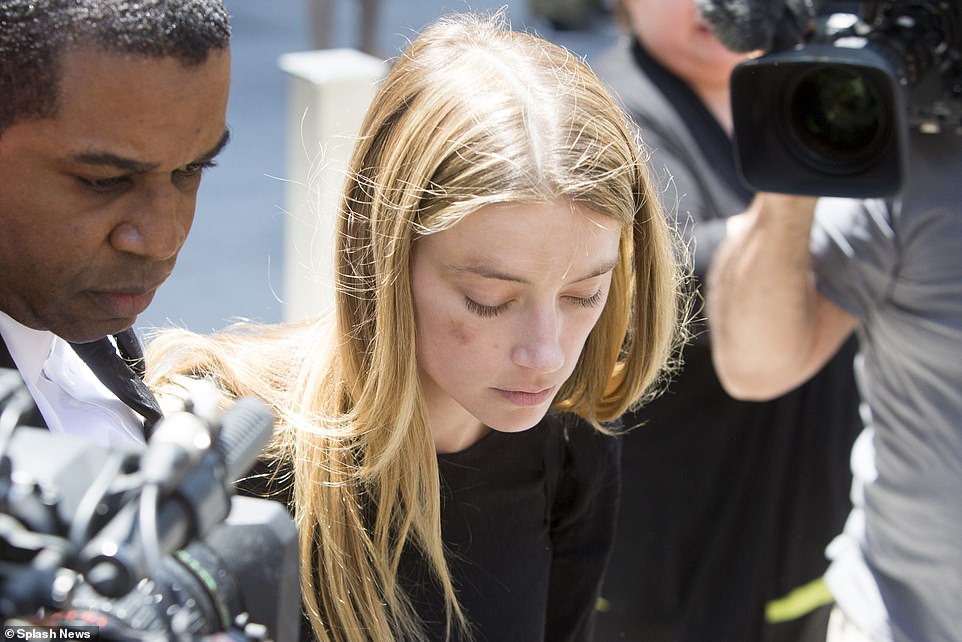 Drama: The actress, pictured leaving court in May 2016 after getting a restraining order against her then-husband, got $7 million in the divorce, which she then donated to charity

Last month, it was reported that the judge in the defamation case had sided with Depp and will allow deposition testimony from two LAPD officers who responded to the couple’s home on the night of the incident.

Officers testified under oath they did not see any injuries to Heard’s face when they saw her on the night of May 21, 2016.

However, Heard has been trying to get the lawsuit dismissed and has succeeded in getting the trial pushed back by six months, to August 2020.

Depp had been ordered to produce records relating to his drug and alcohol use, but according to Deadline.com, he failed to submit them as required by 15 November and so the jury trial was postponed.

Meanwhile, Depp was in Paris, France, over Christmas where it’s believed he spent some time with his former partner Vanessa Paradis and their two children – Lily-Rose, 20, and Jack, 17.

Depp and Paradis were together for 14 years before parting ways in 2012. 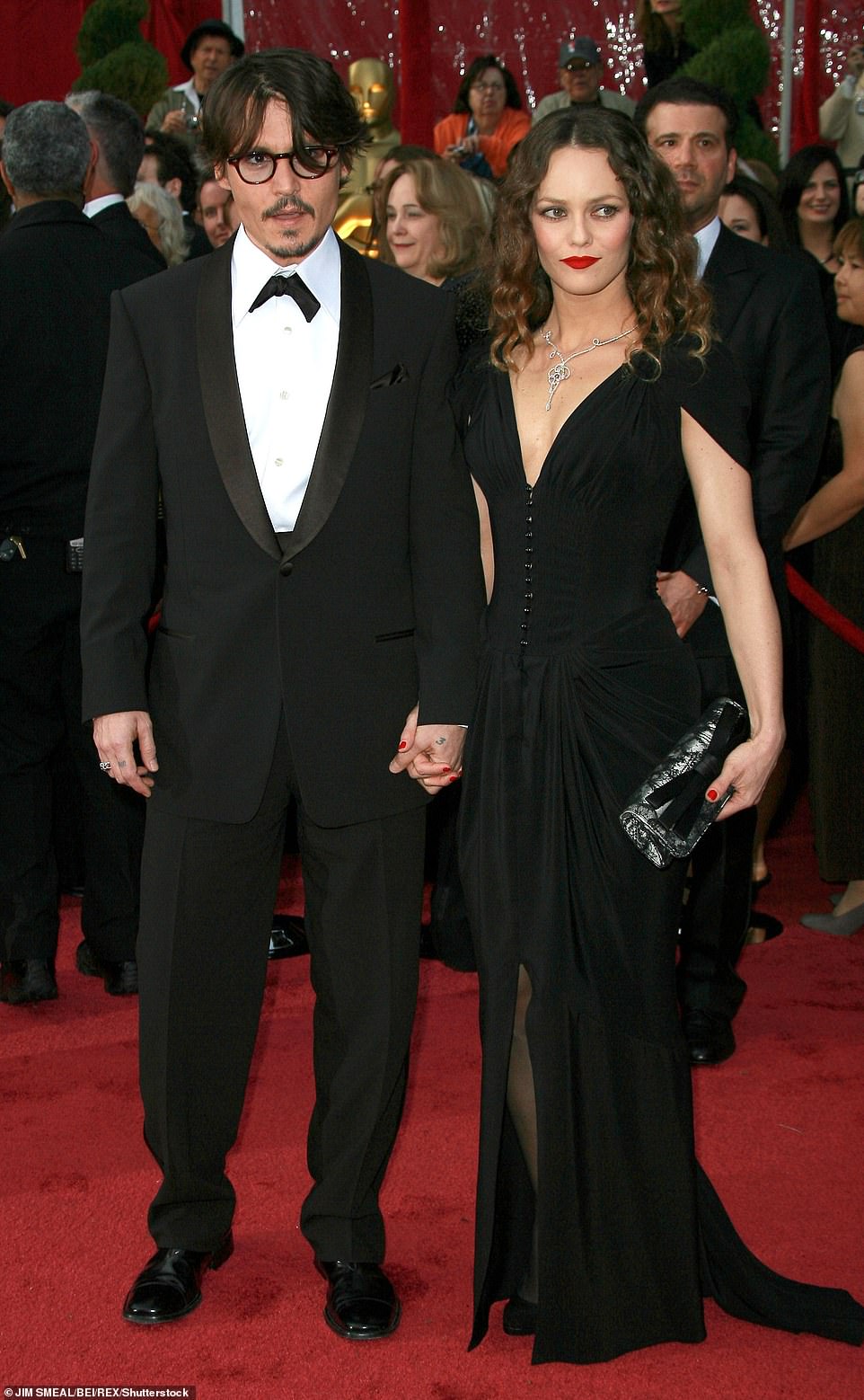 His ex: Before getting together with Heard, Depp was with French actress and model Vanessa Paradis for 14 years, pictured in 2008. The couple, who share two children, split in 2012