Representative Adam Schiff condemned Donald Trump’s decision to fire the Inspector General of the Intelligence Community Michael Atkinson, warning that the president was “gutting the independence of the intelligence community.”

Schiff, a California Democrat who chairs the House Intelligence Committee, strongly criticized Trump in a recent interview with MSNBC. The congressman warned that the president was “retaliating” against perceived enemies and placing “cronies” to lead oversight, all while the nation is reeling from the coronavirus pandemic.

Tweeting a clip of the interview Saturday, Schiff wrote: “In the midst of a global pandemic, with thousands of Americans dying, what is Trump doing? Retaliating against perceived enemies. Putting cronies in charge of oversight. And gutting the independence of the intelligence community. All to hide the truth. He will not succeed.”

The Democratic congressman, who took the lead in the House’s effort to impeach Trump, noted that the House was working on legislation that would attempt to exercise greater oversight over the president. He warned that Trump’s most recent decision “sends another shockwave through the intelligence community.”

Atkinson was responsible for handling the Ukraine complaint against Trump, which led to the president’s eventual impeachment. The president has already moved to remove many of the government officials who were involved with or testified during the impeachment investigation and trial.

“I thought he did a terrible job. Absolutely terrible. He took a whistleblower report, which turned out to be a fake report … it was about my conversation with the president of Ukraine,” Trump said when he was asked about Atkinson’s firing on Saturday. “He took a fake report and he brought it to Congress.”

Despite Trump’s claims, the report was not fake. Most of the details contained within the document were corroborated by witnesses and documents during the course of the impeachment investigation. The inspector general was also legally mandated to pass the report to Congress, despite objections from the White House.

Trump was impeached by the House of Representatives in a partisan vote, in which nearly all Democrats voted to indict the president. Independent conservative Representative Justin Amash of Michigan, who was elected as a Republican, joined with Democrats to vote in favor of impeachment. But the Senate, which is controlled by Republicans, voted against removing the president from office. All Democrats and independents in the Senate voted to remove the president, along with Republican Senator Mitt Romney of Utah, but the motion was defeated by the GOP majority. 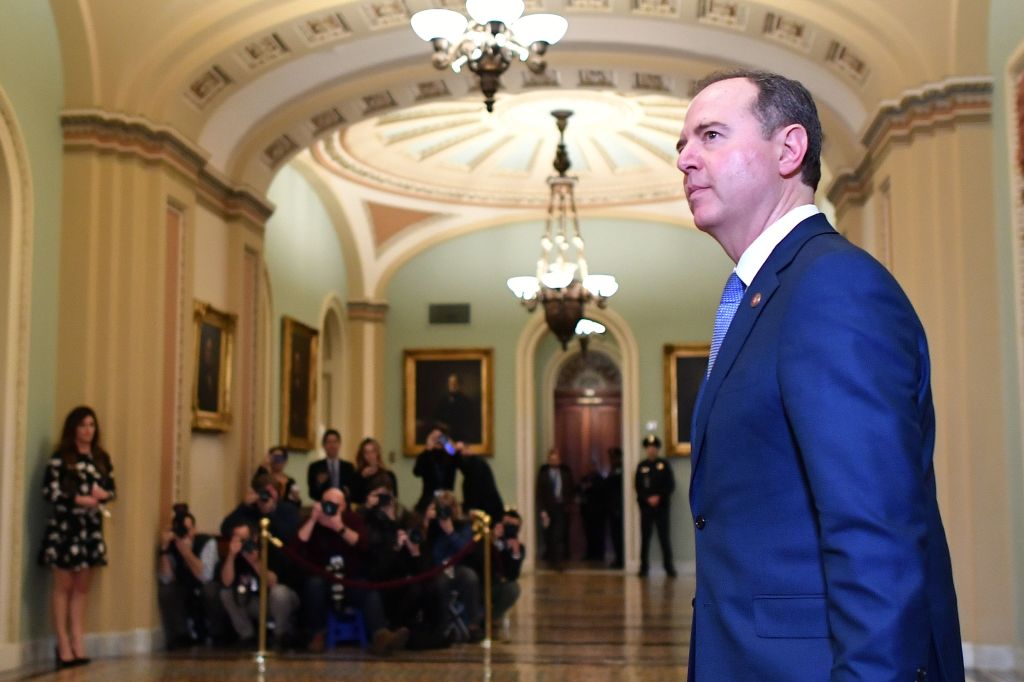 Michael Horowitz, the inspector general of the Justice Department, also put out an extraordinary statement on Saturday defending Atkinson after Trump’s decision.

“Inspector General Atkinson is known throughout the Inspector General community for his integrity, professionalism, and commitment to the rule of law and independent oversight,” Horowitz said.

“This includes his actions in handling the Ukraine whistleblower complaint, which the then Acting Director of National Intelligence stated in congressional testimony was done ‘by the book’ and consistent with the law,” he said.